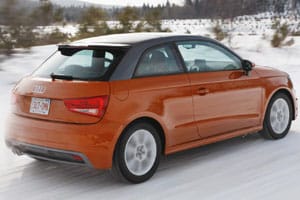 First images of the Audi A1 quattro concept

Audi has released brief details about the soon-to-arrive quattro version of its A1 supermini.

The German carmaker has confirmed that this concept will use similar quattro technology to that in the current A3 and TT models. But there is no word on which engine variants will be available with the all-wheel-drive set-up.

Sign up to the free weekly Which? Car email to get all the latest car news

These official images released by Audi show a development version of the four-wheel-drive compact hatchback being put through its paces on snow-covered roads in Montreal.

It was unveiled as part of a Fascination of quattro event hosted in the Canadian city – an event to celebrate the 30th anniversary of Audi quattros – and is the first glimpse of the car Audi promised at the 2010 Paris Motor Show.

The A1 quattro will mean there is a quattro drivetrain for every model in the Audi range. 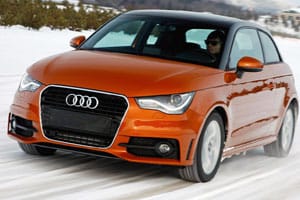 Audi A1 quattro: similar system to A3 and TT

The A1’s all-wheel-drive system will be similar to that fitted to the Audi A3 and TT models. In normal driving circumstances, most of the engine’s power will be sent to the front wheels. However, if they lose grip, the clutch will instantly transfer power to the rear wheels.

Read the full review of the Audi A1

Right now, there is no official launch date for the Audi A1 quattro.

When it does arrive, though, Which? Car predicts that it will pave the way for a hot hatch S1 model in the future.