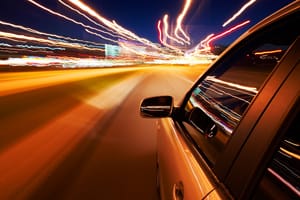 A survey has found that around a third of drivers admit to taking unnecessary risks behind the wheel to combat boredom.

The research, conducted by Newcastle University, surveyed 1,563 drivers and found 31% of them fell into the category of ‘easily bored, nervous and dangerous’.

These motorists admitted to being bored while driving and actively speeding or overtaking to seek excitement.

Safety-focussed roads could be more dangerous

The same third of drivers are also those most likely to have an accident, according to Newcastle University’s research. 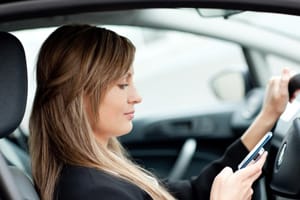 Bored drivers can be easily distracted and cause accidents

As expected, more young drivers fell into this bracket. But a surprisingly high number of women were included in the 31% who said they looked for driving thrills.

As a result of the findings, Newcastle University has suggested that efforts to make roads safer could unintentionally provoke more accidents, as people looked to alleviate boredom behind the wheel. More complicated roads and an increase in the number of obstacles could potentially reduce accident numbers, the study found.

Edmund King, the President of the AA and Visiting Professor of Transport at Newcastle University, said modern technology has made driving more tedious for many motorists.

He said: ‘As cars come fitted with more gadgets to make driving easier, and planners remove more of the distractions, it comes as no surprise to me that people are finding the pleasure of driving has become rather a chore.

‘With that comes an increase in the risks drivers take as they mentally switch off instead of focussing on the road.’

Read our reviews of the latest sat navs

One in five dislikes driving

As well as the ‘easily bored, nervous and dangerous’ category, the study split the 1,563 participants into three remaining groups.

The largest of these groups included 35% of participants, who are described as ‘enthusiastic’. These motorists find driving interesting and challenging and, as a result, are calmer and less likely to have an accident.

More than a fifth of drivers (21%) were categorised as ‘drive slowly and dislike driving’. These motorists drive the least and are less likely to get speeding fines.

The final group, making up just 13% of those surveyed, fell into the group of ‘safe and slow’.

Find out more about how to deal with speeding ticket

Do we need to make UK roads more challenging? 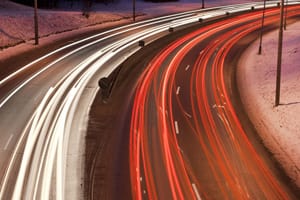 Should there be more bends in UK roads?

Lead researcher Dr Joan Harvey believes the survey results provide evidence on how UK roads should be planned in the future. She suggests they should incorporate more obscure approaches, including Shared Space, the concept of removing all road furniture and markings to make drivers concentrate more on driving.

Harvey said: ‘It would be nice to think we could train people to be better drivers, but we think those people who would most benefit from training are the least likely to take part.

‘So we’ve considered other options and, contrary to what you might expect when driving, hazards can actually increase our attention to the road, so this may well be the way forward for planners. 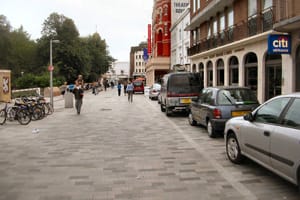 Is Shared Space the answer?

‘We may need to start considering some radical schemes, such as putting bends back into roads or introducing the concept of shared spaces, as these would force motorists into thinking about their driving, as well as making pedestrians think about cars.’

Julie Townsend, Campaigns Director for road safety charity Brake, said there are also grounds for an improvement in education about driving culture and enforcement.

‘It’s perhaps unsurprising that people who are easily bored are also most likely to be thrill-seekers behind the wheel, and take chances with their own and others’ lives,’ she said.

‘We need to work on developing a safer driving culture, so that everyone understands the potentially deadly consequences of risk-taking behind the wheel, but we also need to develop traffic enforcement and road engineering to deter and prevent dangerous behaviour.

‘We should be prioritising measures that are proven to prevent risky behaviour behind the wheel and that help protect vulnerable road users, such as pedestrians and cyclists, rather than working on how we can make driving more exciting.’

Shared Space has been successful

Shared Space has been employed in a number of European countries, most notably Holland.

The town of Drachten removed most of its street furniture, signs and markings in 2003 and recorded a dramatic fall in accidents and traffic congestion as a result.

Shared Space has also been used to an extent in the UK, with New Road in Brighton and Kensington High Street incorporating the scheme.

Email: Stay in touch with all the up-to-date car news, hot deals, latest first drives and reviews posted on our website each week. Sign up to the Which? Car weekly email to receive our free Friday bulletin.

Magazine: Which? Car Magazine is the UK’s only independent car guide (we don’t take ads, so our reviews are totally impartial). It’s packed with new and used car reviews, money-saving features and advice, and is on sale quarterly for £4.99. Stockists include Sainsbury’s, Tesco, WH Smith, Martin McColl and good independent newsagents.