Nintendo has issued a statement recommending that children aged six years and under should not play 3D games on its forthcoming handheld gaming console, the 3DS. 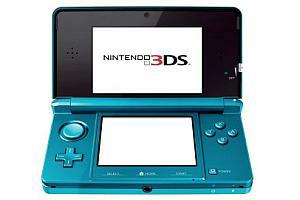 Prior to an upcoming event this month to promote the 3DS, Nintendo have issued this warning, stating that exposure to 3D images at a young age could potentially harm the development of a child’s eyesight.

The warning follows the wide release of 3D televisions last year from manufacturers such as Sony, Panasonic and Samsung, all of which offered similar advice.

Which? gaming expert Jack Turner said ‘Games consoles coming with health warnings is nothing new. However, as we saw with TV manufacturers last year, companies are being very cautious about the potential risks of exposure to a technology of which we don’t yet know the long term effects.’

There is some consolation for younger players who are excited at the prospect of the 3DS, as Nintendo have stated that the console can be safely used in its 2D mode. There is also a feature which allows parents to control the 3D effect, turning it off completely.

The statement from Nintendo echoes the concerns made at the launch of their first 3D handheld console in 1995, the Virtual Boy. The product’s packaging featured a warning that the console was not suitable for anyone under the age of seven.

Anticipation for the 3DS has been high, with recently leaked pictures and videos of the device being manufactured appearing in online gaming forums and on YouTube.

The 3DS will be launched in the UK in March, although Nintendo is previewing the device on 19 January in Europe. Pricing has yet to be confirmed, although it is likely to retail for around £200.