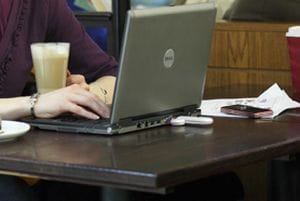 O2 has today promised UK laptop, mobile and tablet PC users access to a new O2 wi-fi hotspot network that it says will be completely free for all to use, even if you’re not an O2 customer.

In a move that the mobile operator says will shake up the UK’s wi-fi landscape, and which certainly throws down the gauntlet to rival wi-fi hotspot providers, by 2013 O2 plans for its wi-fi platform to double the number of premium hotspots currently on offer from BT Openzone and The Cloud combined.

Currently, access to some wi-fi hotspots is restricted to those with a subscription to the wi-fi platform, or those who are signed up to a mobile or broadband service that includes hotspot access in your package.

Which? mobile and broadband expert Ceri Stanaway says: ‘If O2’s new, free wi-fi network lives up to its promises, it will open up a new way of getting online on the go for many smartphone, tablet and laptop users.

‘It also has the potential to help take the pressure off an increasingly overstretched 3G mobile broadband network.’

O2 Wifi will kick off with 450 hotspots this quarter – O2 told Which? this will start with hotspots in O2 retail premises, which will replace current access via The Cloud – and O2 has the ambition of having thousands of hotspots over the next few years. At present, O2 offers its own customers access to 7,500 hotspots through its partnership with The Cloud and BT Openzone. O2 hopes its own, free hotspot network will double this number by 2013.

Other than replacing The Cloud hotspots in O2 retail premises, O2 customers’ access to The Cloud and BT Openzone hotspots will remain unchanged for the immediate future.

Stay up to speed with the latest mobile, broadband and wi-fi news and reviews – sign up to the free weekly Which? Technology email

O2 says its hotspots will be be open to all customers for free, no matter which mobile or broadband provider you use, and will be available at key venues across the country, including shops, restaurants, cafes and other indoor and outdoor locations.

Anyone will be able to sign up for free to access O2 Wifi hotspots, starting this quarter of 2011 in O2 shops. O2 says it has purposefully set up its network so the reach of its hotspots goes beyond the four walls of O2 stores, into neighbouring cafes.

All O2 customers with wi-fi devices – such as laptops, tablets, iPhones or other smartphones – will automatically receive access by the end of 2011.

O2 told Which? that its hotspots will be technically very high-spec, and says in its press release that ‘all hotspots will be premium hotspots, as opposed to using residential connections with limited bandwidth’.

‘Only 20% of people who have access to free public wi-fi on O2 tariffs actively use it despite the majority of devices being wi-fi enabled. We know that wi-fi as a technology has great potential and can be a very fast service, however customers are discouraged by barriers which include complexity in activation, uncertainty of where wi-fi is free and the variable quality of the current experience.’

Presumably O2 will benefit from its business partnerships with a range of retail and food outlets. O2 also told Which? that it hopes its wi-fi service will showcase the quality of O2’s broadband service, likely in the hope that those that sign up to access its wi-fi network will choose O2 for their home broadband service too.

Plus, as hotspot access requires you to sign up, this potentially gives O2 the opportunity to approach users with other O2 offers.

How does O2 home broadband measure up to rivals for value for money, quality and customer service? Find out in the Which? broadband review, which rates more than 20 of the UK’s leading broadband providers.

Want to get online on the go?