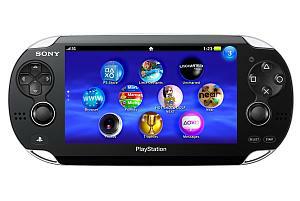 January has seen new handheld announcements from both the big players in portable games consoles, Nintendo and Sony.

Nintendo announced pricing and a release date for the Nintendo 3DS, and Sony unveiled the NGP – effectively the PSP2.

Here we compare the two and explain how they differ.

Both the NGP and the 3DS offer brand new features that we’ve not seen on handhelds before. Perhaps the most compelling of these is the 3D of the 3DS, using a technology that doesn’t require the user wear special glasses. There’s even a slide on the side of the unit to increase and decrease the depth of the effect. It will be interesting to see how games implement this feature.

The NGP doesn’t have anything quite as fancy as 3D, but does offer a 5-inch OLED screen with ultra-sharp 960 x 544 resolution. On the surface these specifications are more impressive than the 4.53-inch 3D screen of the 3DS, with its resolution of 800 x 240. The NGP also has superior graphics hardware, but as the Nintendo DS proved in beating the original PSP, great graphics aren’t a guarantor of success.

In a first for Sony’s handheld, the console features a touch screen, as well as a touchpad on the back of the unit that interacts with the screen. The 3DS retains the lower touchscreen of the previous models. 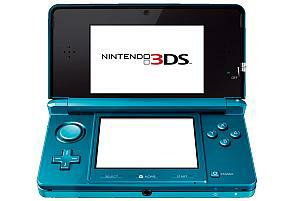 Both handhelds are designed with social gaming on the move in mind. The 3DS and NGP feature wi-fi, with Sony’s console adding 3G too. They also offer similar functions for connecting with other players when out and about, such as Sony’s Near function, which identifies what other people are playing around you and gives the option to communicate with them and join their store.

Nintendo’s answer to this is Street Pass, which swaps information with other 3DS owners even if the console is turned off. Strangers’ Mii characters will be automatically exchanged, as well as game specific prizes and features.

Online stores are an important aspect for both consoles, providing instant access to download games and software. Sony will continue to offer a mix of PSN, PSP and original PlayStation titles, with Nintendo confirming that games from the Gameboy and Gameboy Colour will be available on its store.

The success of both handhelds at launch will depend largely on their game line up, so it’s no surprise to see the big names from Nintendo and Sony making an appearance.

The 3DS titles announced so far see the return of some old Nintendo favourites, like Mario Kart, Zelda and Animal Crossing, as well as the resurrection of some older titles, like Pilot Wings and Kid Icarus. Third party titles include heavy hitters such as Resident Evil and Street Fighter 4.

Sony has also announced some big titles for the NGP, with PlayStation favourites Killzone, LittleBigPlanet, Uncharted, Wipeout and Hot Shots Golf all scheduled to make an appearance. Activision’s Call of Duty is also planned for release in handheld form, which could be a huge coup for Sony.

Sony has yet to give much away about the release schedule for the NGP, other than it will launch in Japan at Christmas. Given this, chances are that it won’t reach Europe until Spring 2012.