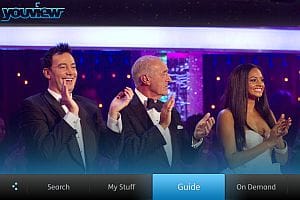 YouView, the BBC-backed web-TV project which was originally slated for a 2010 launch, now looks set to be delayed until 2012, after insiders reported the set-top box failed to meet technical standards or function reliably.

A senior YouView executive is quoted by the Daily Telegraph as saying: ‘It just doesn’t work when you turn it on and keeps crashing. You would think that after at least 18 months of development and at least six million pounds worth of investment from each shareholder, the box would actually work when being shown to its owners.’

The YouView set-top box that’s currently in development must meet the technical standards set by the Digital TV Group – the industry association for digital television in the UK. DTG is responsible for publishing and maintaining the technical specification for the UK’s Freeview and Freeview HD platforms, as well as YouView.

Richard Halton, YouView’s chief executive, told The Telegraph: ‘We want to get YouView right and don’t want to rush the development. We will understand our launch position better by the end of March [2011]. We are not ruling out any launch date either way.’

To keep fully up-to-date with the latest technology news and Which? reviews, sign up to the free weekly Which? Technology email

YouView TV is the company formed from the Project Canvas partnership, and it announced in September 2010 that it would develop a subscription-free set-top box. The YouView box will connect to a broadband internet connection and a TV to allow users to watch both live digital TV as well as catch-up on programmes from all major broadcasters, including BBC, ITV, Channel 4 and Five. The YouView electronic programme guide (EPG) will show both future broadcast schedules as well as a full 7-day catch up across online TV services including BBC iPlayer and ITV Player.

The YouView project is expected to cost a total of £115 million, shared across its partners, and the BBC is predicted to have spent six million pounds on the project to the end of April 2011. YouView set-top boxes are expected to retail for around £200, with the YouView service being compatible with all broadband providers. TalkTalk and BT are expected to offer broadband bundles that include the YouView box.

If YouView is delayed to 2012, it is likely that other web TV services will beat it to launch in the UK. A key competitor on the horizon is Google TV, and YouView also faces a threat from the rise in popularity of web-connected TVs, Blu-ray players and PVRs that offer access to catch-up TV services.

Can’t wait for YouView? Catch up on BBC programmes using the BBC iPlayer and other online TV services, or find a Best Buy PVR