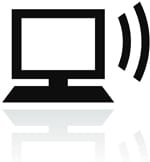 Ministry of Sound Recordings (MoS) is to continue to chase alleged illegal file sharers, Which? Computing has learned. The move follows the recent court ruling by Judge Birss that criticised the letter-writing activities by ACS:Law that targeted alleged illegal file-sharers and demanded money to avoid court action.

MoS says that it is revising its approach to how illegal file-sharers are targeted in light of the comments made by the Judge in February.

An MoS spokesperson said: ‘We intend to continue our fight against piracy, have noted the judge’s comments and will, of course, address these as part of any future actions.’

He added: ‘We’re undertaking a thorough review of how to proceed and as part of that exercise we will be reviewing the existing cases and previous letters.’

The statement came days after Judge Birss stated that as the courts have not fully considered the status of IP addresses in proving illegal file sharing, rights owners should not write to consumers stating that such evidence is conclusive and that they are liable.

‘Does the process of identifying an IP address in this way establish that any infringement of copyright has taken place by anyone related to the IP address at all?’, Judge Birss said.

‘Even if it is proof of infringement by somebody …the fact that someone may have infringed does not mean the particular named defendant has done so.’

The Judge added: ‘In my judgement, the letters of claim are flawed and not a solid place to stand.’

Judge Birss made his comments as he was issuing his judgement in the hearing of Media CAT, who had presented 26 cases of alleged illicit file sharing activity to the Patents County Court before asking for them to be discontinued. ACS:Law Solicitors (ACS:Law) was acting on behalf of Media CAT.

The MoS, which is represented by law firm Gallant Macmillan Solicitors, has also accused individuals of alleged copyright infringement through the identification of their IP addresses.

Since July last year, Gallant Macmillan has sent over 1,500 letters to consumers accusing them of unlawfully downloading and sharing copyright-protected music files over the internet.

The letters inform the recipients that the MoS is willing to accept £375 in compensation and costs to settle its claim against them.

However, unlike the letters sent by law firm ACS:Law, Gallant Macmillan’s letters are gentler in tone and do not threaten legal proceedings. Instead they state: ‘If you do not accept the offer in this letter, or explain why you dispute liability within the next 21 days, our client reserves the right to commence proceedings against you.’

Deborah Prince, head of Which? in-house legal, said: ‘Judge Birss made it clear in his judgement that copyright owners can’t say for certain that an IP address proves file sharing or that not securing your wi-fi makes you liable, [so] the MoS will require a wholesale reform of previous tactics.

‘Also, the court will be less likely to order disclosure of an alleged file sharer’s identity without a commitment to carry through to litigation – disclosure simply to support a letter writing campaign may be a thing of the past.’

If you’ve been accused of illegally file sharing, take a look at our Which? guide

For all your technology needs, take out a subscription to Which? Computing magazine