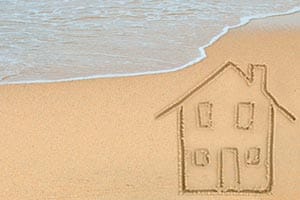 Sellers of long-term holiday contracts must now provide written information with the right to cancel. Consumers also have the right to a 14 day cooling off period to cancel their contract.

The changes have come about after a 2008 vote from European Parliament MEPs ruled to overhaul timeshare law and give holiday makers more rights by closing loopholes. Which? has lobbied for these changes for years and we are pleased that many of our recommendations have been adopted.

It is estimated that 400,000 Britons lose around £1.2 billion annually to bogus holiday clubs. The new directive will mean that these long-term holiday products – as well as re-sale and exchange schemes, and timeshares on boats, caravans and cruise ships – are now also covered alongside traditional timeshare purchases.

‘Which? welcomes the change in law. For too long dubious companies have been able to pressurise thousands of consumers into signing away vast sums of money for a long-term holiday product they’re not really interested in or able to easily get out of.’

Until this week’s change, the consumer protection only applied to timeshares running for at least three years – this led to companies selling timeshare trials of less than 36 months. Now it applies to timeshare products lasting more than one year, as well as other long-term holiday contracts where the consumer gains access to accommodation benefits or discounts.

Other changes applying to all long-term holiday products include:

‘It’s important that unscrupulous holiday club providers don’t take advantage of people with empty promises and dodgy sales tactics. The new rules will protect consumers and mean that people will be clearer about their rights and improve their confidence in legitimate businesses.’

Which? Travel will be keeping a watchful eye to see if the authorities clamp down on holiday sales companies not meeting these legal requirements.

Have you been caught out by dodgy sales tactics for holiday clubs or timeshare trials? Share your views with Which? travel researcher Jonathan Mitcham on Which? Conversation.

Find out more about .