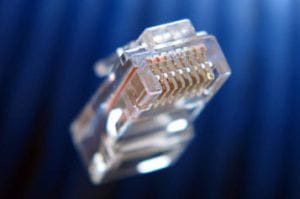 Which? responds to ‘up to’ broadband speed advertising review

Which? says current ‘up to’ broadband speed claims in advertising are not enough to communicate realistic speeds that can be achieved by a reasonable number of consumers.

Which? response to ASA

Which? in is favour of the proposition that advertised headline speeds should be available to at least 10% of customers. In addition, Which? is strongly in favour of retaining the qualifier ‘up to’ even where higher speeds can be achieved. However, it believes that this is not sufficient alone to provide consumers with a realistic impression of speeds they will receive.

Therefore, Which? also believes the headline speed should be accompanied by a typical speed range which reflects the range of realistically available speeds. This has the additional benefit of making it clear to consumers that there can be variations in speed.

Which? also encourages advertisers to inform consumers about factors that impact broadband speeds and their right to demand an estimate of the speed they are likely to receive at the point of sale.

Which? and broadband speeds

At present, broadband providers usually advertise their speeds by quoting the maximum theoretical possible speed, with the proviso ‘up to’ in front of it. However, broadband speed tests have found that the headline speed is usually unachievable in practice, and the majority of people receive no more than a fraction of the theoretical maximum.

Which? broadband expert Ceri Stanaway says ‘Which? has long been concerned about the way broadband speeds are advertised and has been campaigning for change.

‘One thing’s certain based on all the feedback we receive from consumers – the way broadband speed is currently advertised simply isn’t transparent enough and often leaves broadband customers feeling misled and shortchanged.

‘The ASA’s review is an important step, and we will continue to push for clarity and truth in the advertising of broadband speeds.’

Back in 2007 Which? carried out the UK’s first large-scale broadband speed test. It found that broadband customers in our test who’d been promised speeds of up to 8Mbps where only achieving 2.7Mbps on average. We shared our findings with broadband regulator Ofcom and following feedback from Which?, consumers and other organisations Ofcom has implemented its own regular nationwide broadband speed tests.

Responses to ASA ‘up to’ speeds in broadband advertising consultation

Responses to the consultation were invited from various individuals and organisations, including Which?, and other consumer groups.

The Communications Consumer Panel has published its response to the review and agrees there needs to be a change to the current policy.

It however, believes the ‘up to’ descriptor is no longer credible and sustainable, and must be replaced by some typical speed descriptor. The panel suggests that the descriptor must be short, use a single speed and indicate that the speed achieved is not the same for all.

It also recommends that sales materials and adverts should include a prominent statement to encourage consumers to ask for actual speed at point of sale, rather than describing in small print why speeds may be different.

We sympathise with the panel but for the moment Which? still believes the use of ‘up to’ for the headline speed is of value to the consumer, if the headline speed is achievable by a proportion of customers and if it is used in combination with a typical speed range. That said Which? will be keeping a keen eye on developments with the best interests of the consumer in mind at all times.