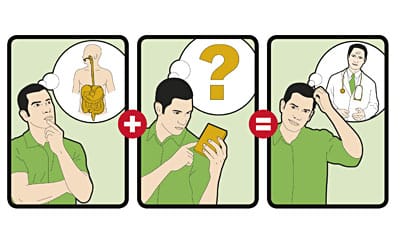 Health experts asked by Which? to review six widely-available home health kits, including bowel and prostate cancer kits, found gaps in information, baffling language and the probable need to go to the GP anyway – which could make the home kits a waste of time, effort and money.

Make sure you do your research before you buy:

Gaps in the information provided included some tests failing to mention factors that could affect the results and cause unnecessary worry. The Boots blood glucose test, marketed as helping ‘in the early detection of diabetes’, doesn’t point out that glucose levels can be raised after a meal. And the Self Check prostate health test doesn’t say that the test isn’t suitable if you have certain conditions such as prostatitis, or in some circumstances such as after sexual activity or cycling.

2.  Look for clear information about a home kit’s limitations

For example, the experts did not consider the complexity of diagnosis was made clear enough on the Self Check prostate health test bought online and men could buy it without fully understanding its limitations. Pathologist Dr Danielle Freedman said: ‘This sort of test is associated with a high rate of over-diagnosis and finding tumours that will never cause a problem (‘false positives’), as well as giving false reassurance through negative results.’

3. A negative result doesn’t necessarily mean you haven’t got a condition

Which? also interviewed 64 members of the public about the tests, and a group of older men told us that they disliked going to the doctor and so might rely on a negative result from a prostate health home test result rather than going to their GP, even if they had symptoms. This is worrying as a negative result doesn’t necessarily mean you don’t have prostate cancer and it can give false reassurance. Symptoms should always be checked out by a GP.

4. The language on the home kits isn’t always clear

Our experts also thought the Simplicity Stomach Ulcer Screening Test was misleadingly named. It tests for a particular bacteria, but only a minority of people with that bacteria are likely to develop a stomach ulcer. Experts found the company’s website ‘unduly frightening’ with its talk of half the world’s population being infected and at an increased risk of getting stomach cancer.

5. Home kits are not always easy to use

Home testing kits are marketed on their ease and speed of use, but our experts found they were sometimes neither quick nor easy. The expert who tried the stomach ulcer test only managed to get three-quarters of the blood needed after two finger pricks at the ‘deeply penetrating’ setting, while the prostate kit tester didn’t even get half the blood needed. This could render the tests invalid and waste your money.

The bowel test instructions gave no guidance on how to collect a stool sample – which is important, as it’s essential the sample isn’t contaminated. In the cholesterol test, the lancet that draws blood from the finger was broken and unusable.

Which? chief executive, Peter Vicary-Smith, says: ‘Self-test health kits could be a useful tool, but the lack of clear information about how to use them could do more harm than good.As your GP may well have to carry out their own tests to confirm a positive diagnosis anyway, you may be better off saving your money and going straight to your GP.’

Which? will be contributing to the European review of self-testing devices. Together with the Plain English Campaign, it will be passing these findings to the Medicines and Healthcare Regulatory Products Agency (MHRA) and self-testing kit manufacturers to help improve the quality of information supplied.

Find out about alternative ways of looking after your health and wellbeing by reading about Tens machines and brain trainers.