The 2011 Geneva Motor Show has opened its doors to the press – and Which? Car is there taking a look at all of the new models and concept cars.

So far our team on the show floor have taken a close look at the VW Bulli six-seater MPV concept that harks back to the classic Camper van, and is battery-powered. View our video of the Bulli below.

– all the latest news, pictures, videos and industry gossip from the 82nd edition of the International Motor Show. 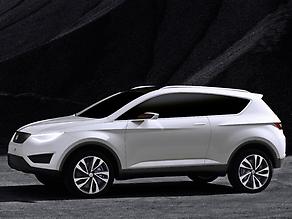 We’ve also seen Seat’s new concept car, the IBX 4×4 – which looks set to take on the Ford Kuga and Nissan Qashqai if it becomes a production reality.

The IBX has just three doors and Seat claims it is as much a sporty coupé as it is an SUV, and that a hybrid powertrain is possible. If made, it would more than likely share some of its underpinnings with the VW Tiguan and the Skoda Yeti.

The wraps have also been take off the stylish Vision D.

The mid-sized hatchback looks different to Skoda’s current range, as it points to the firm’s future design direction. The Vision D could replace the ageing Octavia and be a rival to the VW Golf and Ford Focus if made. 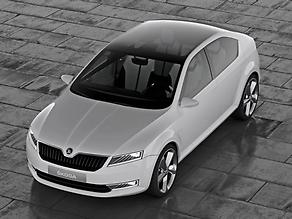 Not content with showing off the new car, Skoda has also unveiled its new badge and logo. It’s a slightly simplified version of what went before, using a different shade of green.