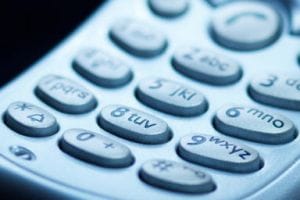 A Which? call for a ban on phone and broadband contracts that lock customers into repeated minimum contract periods unless they opt-out could soon be answered, if Ofcom proposals go ahead.

Usually, once an initial phone or broadband contract term ends, you are free to leave your provider without penalty by giving no more than a month’s notice. Under the terms of renewable offers, your initial lock-in period – of 12 or 18 months, say – will automatically renew once it comes to an end unless you actively opt out before the renewal date.

According to Ofcom, auto-renewable – or rollover/rolling – contracts are currently offered by BT and a number of smaller providers, such as eZe-Talk. They are available to both residential and business users.

Which? answers common questions on phone and broadband contract terms in the free Which? guide to phone contracts

Which? investigation into rolling contracts

Which? investigated rolling contracts nearly a year ago, in March 2010. Many people said they’d been caught out by renewable contracts that in many cases they didn’t realise they’d signed up to. This left them unable to switch to a different provider without paying hefty cancellation fees.

At the time, renewable contracts did not break any rules. However, Which? shared its findings with Ofcom, saying we felt that placing the burden of actively opting out of a contract on the consumer is unfair.

Which? phone and broadband expert Ceri Stanaway says: ‘We believe rollover contracts are unfair and can stop people voting with their feet to get a better deal. It’s great news that Ofcom has taken our concerns and those of consumers on board and plans to ban this practice.

‘Phone and broadband companies should focus on offering great value deals with top-notch customer service, so that their customers are happy to stay with them voluntarily rather than being tied in by over-restrictive terms and conditions.’

Some phone and broadband providers only ever tie you in for a month or less at a time, including some Which? Recommended Providers. Find out which ones, plus which providers have the happiest customers, in the Which? broadband and home phone reviews.

Ofcom estimates that around 15% of UK residential landline customers are currently on rollover contracts.

It says it believes rollover contracts reduce the benefits of competitive choice by making it harder for customers to switch providers. As well as the impact on individuals who are unable to leave their contract without paying high fees, it makes it harder for competing providers to attract customers on rollover contracts. Ofcom says this reduces providers’ ability and incentive to create lower cost and higher quality services.

Ofcom proposes to change its current contract rules to prohibit companies offering opt-out contract renewals for landline and broadband deals. If the proposals go ahead, providers will face enforcement action and possible high financial penalties if they continue to offer such contracts.