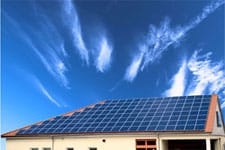 Households will receive regular payments in exchange for installing a heating system powered by renewable energy, under a new government incentive scheme.

A total of £860m has been earmarked for the Renewable Heat Incentive (RHI), to help encourage the installation of more renewable heat technologies such as solar thermal (water heating) panels, heat pumps and biomass boilers (which use wood pellets).

Which? chief executive Peter Vicary-Smith says: ‘With energy prices such a concern for consumers, many thousands of households will be eager to take advantage of the RHI and start generating their own energy.’

Then from October 2012 – when the government’s Green Deal plan kicks in – homes will be able to receive a quarterly tariff payment for every kilowatt hour (kWh) of renewable heat they produce, measured using an installed ‘heat meter’, and payable for 20 years to all eligible systems installed since 15 July 2009. Tariff levels have not yet been set out but are likely to vary for different technologies.

In the meantime, a ‘RHI Premium Payment’ will be available from July 2011 to help people cover the initial cost of getting a new renewable heating system installed. It’s thought the £15m set aside for this will help around 25,000 households install a solar water heating system, a biomass boiler or heat pump technology. As with the boiler scrappage scheme, it is a limited pot of money, so there may be some households which miss out on the grant.

The RHI is akin to the Feed-in Tariff scheme which offers payments to households and communities who generate their own electricity from renewable sources such as solar electricity (PV) panels or wind turbines. Once the scheme is up and running, energy regulator Ofgem will be responsible for dealing with applications and payments. It’s hoped the scheme will help to reduce UK carbon emissions by 44 million tonnes by 2020.

Could the RHI tempt you to install a renewable heating system? Join the Which? Conversation debate.

Peter Vicary-Smith added: ‘It’s vital that people are sold the right renewable heating system to suit their home. If horror stories start to emerge of people spending thousands of pounds on equipment that’s either unsuitable or isn’t installed properly, then confidence in the scheme will be severely undermined.’

Which? has already uncovered problems with mis-selling of solar thermal heating systems so we believe it’s vital that the trade authorities monitor the market and come down hard on rogue firms.

A Which? investigation in May 2010 found that 10 out of 14 firms made misleading claims about the benefits of installing a solar thermal heating system, one of the technologies included in the RHI.

We’ve got more advice on installing solar panels, ground source heat pumps and biomass boilers in our dedicated guides – and suggest you shop around for several quotes and advice from accredited installers.

The one-off payments due to be introduced in July are likely (though not confirmed) to be £300 for a solar thermal heating system, £850 for an air source heat pump, £950 for a biomass boiler and £1,250 for ground source heat pump installations. These are relatively small amounts when set against the costs of these technologies including installation – which can run into thousands.

Further details on how to apply for the premium payments will be set out in May, but it’s been suggested that homes living off the gas grid may be prioritised. Homes receiving the payment will then go on to receive RHI tariff payments from October 2012.

To be eligible, homes must be well insulated – and have an Energy Performance Certificate to prove how energy efficient it is – as well as being happy to provide ongoing feedback about the installed equipment.

Which? is pleased to see that homes will need be well insulated before being eligible to apply, meaning any renewable heat generated will be less likely to escape out of walls, windows or the roof.