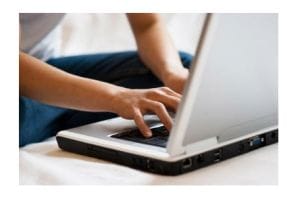 Latest Which? broadband survey – results in

Several big name broadband providers are among those with the least satisfied customers, the latest Which? broadband satisfaction survey has revealed.

TalkTalk, AOL Broadband and Orange all achieved an overall Which? customer score of less than 40%, and were each awarded just two stars out of five for customer service.

If you’re unhappy with your broadband service it could be time to switch. It could get you a better service and save you money, and eight out of ten people in our survey who’d switched recently said they found it easy.

Before you do, check the full results of the latest survey in the Which? broadband review to ensure you make the right choice.

It’s not all bad news for broadband users. Five internet service providers (ISPs) in the Which? broadband survey achieved the coveted status of Which? Recommended Provider.

Each of the five gets a overall satisfaction score of more than 70% and received at least a four star rating, out of five stars, for connection speed.

Find out more about what makes a Which? Recommended Broadband Provider.

The Which? broadband satisfaction survey

Which?’s broadband survey is based on the real-life experiences of thousands of broadband customers. Which? conducts a survey every six months to keep up to date with which providers have the most satisfied customers. It covers all major UK broadband providers.

Providers are rated for connection speed, connection reliability, customer service, value for money, ease of set-up and online and phone support. Respondents also give their overall satisfaction and their likelihood of recommending their provider to a friend, which combine to form the overall customer score.

The latest survey was carried out during November/December 2010 with 10,306 Which? online panel members answering questions about their broadband ISP.