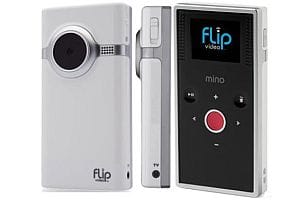 Cisco Systems has announced that it is overhauling its consumer products unit resulting in the closure of its Flip video camera business. This will allow Cisco to concentrate on its ‘key priorities’ of core networking and router businesses.

Flip’s closure came on Tuesday afternoon as part of a company reorganisation. Cisco’s spokesperson would not disclose whether Cisco had attempted to sell the Flip arm of the company.

Which? tested both the original Flip Video Mino and its successors, the Flip Mino HD and Flip Ultra HD, both of which scored highly in the independent lab tests of our pocket camcorders review.

Flip’s demise is likely to be due to increased competition from smartphones with video recording capabilities. Although pocket camcorders, with their flip-out USB connectors, make uploading of video to computers simple, the advantages of 3G and wi-fi connectivity offered by mobile phones put them ahead for uploading clips to the web.

The increase in compact digital cameras and DSLRs which offer 1080p Full-HD video recording has also continued to erode the market for standalone digital camcorders.

To find the best digital video device for you, check out Which? reviews of: