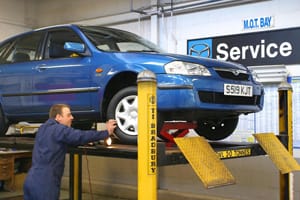 In future, MoT tests may only be carried out once every two years

Car owners will only have to have their vehicles MoT tested once every two years instead of annually if new plans proposed by the government get the go-ahead.

Transport Secretary Philip Hammond is in support of the change, claiming newer cars are a lot safer than they were 50 years ago when MoT testing was first introduced.

However, Which? says the financial savings for drivers won’t be great, and the safety implications overweigh the slight reduction in annual motoring costs. 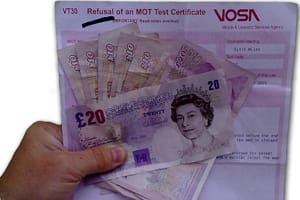 Changes to the MoT test regime would save motorists money

Philip Hammond has ordered a review of the annual MoT test to find out if the first test for new cars could be pushed back to four years instead of three, and if the annual test for older cars could be changed to every other year rather than annually.

The current MoT schedule has remained fairly unchanged since its introduction in 1967, and the Transport Secretary argues that advances in car safety and technology since then mean it could be reasonable to extend the time between roadworthiness tests.

The changes are also said to be an attempt to reduce the cost of motoring for drivers, with fuel prices soaring to record highs throughout 2011.

Hammond said: ‘Car technology has come a long way since the 1960s when the MOT regime was introduced. That’s why we think it’s right to check whether we still have the right balance of MoT testing for modern vehicles.’ 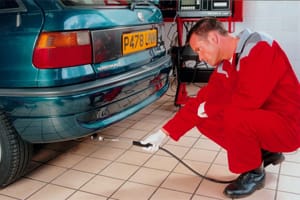 However, research has shown that these drastic changes to the MoT test schedule could lead to a rise in road deaths.

The Transport Research Laboratory says 3% of accidents on British roads are caused by vehicle defects. And it also claims the switch to a first MoT in the fourth year and subsequent tests every two years would lead to between 16 and 30 additional annual deaths on the road.

Which? believes the extension of time between MoT tests will have serious safety implications, and will mean more unroadworthy cars on UK roads than ever before.

David Evans, Senior Motoring Research at Which?, said: ‘Increasing the period between MoTs is unwise and will, in my view, lead to poorer safety on UK roads.

‘We know from our research that many owners neglect their cars as it is. For example, fewer than half those questioned in our last tyre survey knew the legal minimum tread depth, and more than a quarter relied on the garage to check tyre condition and tread depth at the annual MoT and service.

‘And there are also many less visible parts of the car that could go unchecked.’

AA President Edmund King has also spoken out about the proposed changes, saying: ‘Even if you have a new car that is three years old, it can still have bald tyres and failing lights.

‘We have surveyed 60,000 drivers and most of them think we should stick with the current regime. Rather than being a burden on the driver, we think it’s a good safety reminder for once a year.’ 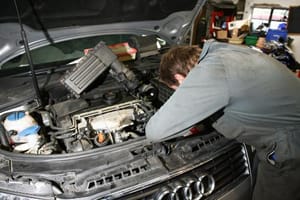 Some independent garages could go out of business

And while the change to the MoT regime would save motorists money, it could spell the end for many independent garages that rely on the annual MoT test to boost their income.

There are currently 19,000 garages authorised to carry out MoTs in the UK, but if the frequency of testing halved, this number could fall substantially.

Read our guide on how to find a good garage and find reviews of car garages near you using Which? Local 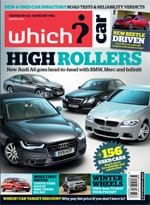