Which? Car is calling for a complete overhaul of the UK’s car safety recall system after discovering a clear disparity with its US counterpart.

The British system, administered by the Vehicle and Operator Services Agency (VOSA), essentially allows carmakers to determine when recalls are necessary – whereas in the US the National Highway Traffic System Administration (NHTSA) uses its power to force manufacturers into action if it believes a car has a safety problem.

Our concerns were raised when we found the NHTSA instigated 118 recalls in the US in 2010, and in the same year VOSA prompted zero. At least, Which? Car believes VOSA didn’t force any recalls, as the government body declined to comment.

Further investigation found a Freedom of Information response on its website, stating: ‘VOSA has not been required to use its powers to force a manufacturer into conducting a recall.’ 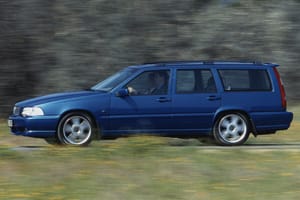 In the past three years, NHTSA investigations have resulted in 492 actions in total, affecting more than 20 million vehicles in the US. And Which? Car has found evidence of cars being recalled over the Atlantic, but not in the UK.

For example, in 2005 Volvo USA recalled V70 models made between 1999 and 2002 to fix a throttle fault that could cause a sudden reduction in power steering, braking assistance and engine power. The same models built over the same time period were not recalled in the UK.

And it’s not just Volvo that has shied away from recalling cars in the UK. Previous generation Vauxhall Merivas suffered intermittent loss of power steering, yet the manufacturer failed to issue a recall; BMW’s original Mini had a similar power steering issue, but BMW also decided not to recall the affected models.

UK recall system should be brought in line with US 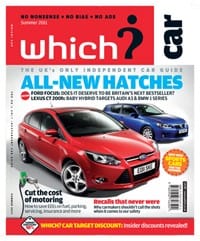 Read the full ‘Total Recall?’ feature in the latest issue of Which? Car

Richard Headland, Which? Car editor, said: ‘VOSA is a toothless organisation that appears to pander to the car industry.

‘Which? Car believes it is providing a sub-standard level of protection to British motorists. In contrast, America’s NHTSA leads the way as an example of how a safety recall organisation should operate.’

Which? Car believes the UK’s vehicle recall system needs to be brought in line with that of the US, where NHTSA proactively responds to consumer complaints and ensures recalls happen when it thinks lives could be at risk.

Which? Car aims to meet VOSA to discuss the actions it believes the government body should take to better protect consumers.

The full article ‘Total Recall?’ appears in the Summer 2011 issue of Which? Car, available to buy now from Sainsbury’s, Tesco, WHSmith, Martin McColl and other leading independent newsagents for £4.99.

Let us know what you think of the UK’s car recall system at Which? Conversation