The Hargreaves Report, commissioned by David Cameron to review the UK’s copyright laws and published on Tuesday by Professor Ian Hargreaves, makes a series of proposals for freeing up copyright laws which, he says, have ‘fallen behind what is needed’. 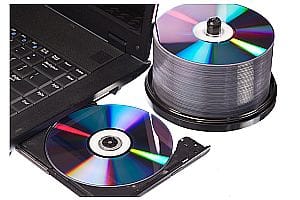 One of the report’s principal recommendations is that copying should be lawful where it is for private purposes. This would mean the legalisation of format shifting, which currently outlaws copying a DVD for use on your portable media player, or ripping a CD to your laptop.

Professor Hargreaves’ report also recommends creating the world’s first ‘Digital Copyright Exchange’. This would provide a central destination for businesses hoping to use copyrighted music or videos to find out who owns the rights, as well as make it easier for content creators to protect their work. This would make market transactions ‘faster, more automated and cheaper’.

Read the Which? Technology editor’s views on format shifting and copyright and have your say on Which? Conversation.

A third recommendation is that parody be made more explicitly permissible within copyright law. Under the current copyright regime, YouTube clips such as the song ‘Newport State of Mind’ (which parodies the Jay-Z and Alicia Keys track ‘Empire State Of Mind’) have been taken down from YouTube following claims by the major record labels.

Although the proposals would lead to a complete overhaul of the UK’s copyright law, they don’t go as far as some expected. Hargreaves rejected the US concept of ‘fair use’ where significant portions of a work can be replicated without permission, deciding that it would not work in the UK because it would require copyright changes across Europe.

The Hargreaves Report was commissioned by the Prime Minister over concerns that the current intellectual property framework might not be sufficiently well designed to promote innovation and growth in the UK economy.

Many of the reforms recommended in the report had already been suggested in the 2006 Gowers Review of Intellectual Property but were never implemented.