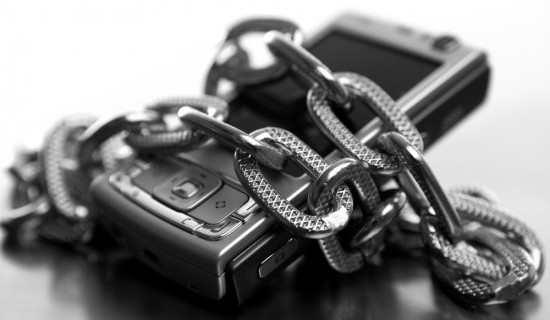 Unlocking mobile phones that are locked to a single mobile network is an area of uncertainty for mobile users. A a recent survey found that almost a third of mobile phone customers are confused about whether unlocking a mobile phone is legal.

To set things straight, here’s Which?’s guide to unlocking your mobile, leaving you free to keep your handset but switch your Sim-card to a cheaper Sim-only mobile deal.

Reports on the survey of 2,000 mobile users – carrried out by YouGov on behalf of mobile operator giffgaff –  claim that owning a locked phone is one of the major barriers to customers saving money by switching to a new mobile network.

Giffgaff also claims that customers are being charged on average £17 to have their phone unlocked and are being ‘held hostage by their mobile network to the tune of £400 million’.

Why do operators lock handsets?

Most mobile phones on contracts are heavily subsidised by the networks so we don’t have to pay the full price of the handset up front.

To ensure they get a return on this subsidy many operators lock the handsets to their network for the duration of your mobile contract. This prevents you from using another operator’s Sim-card in your mobile phone.

Some mobile operators will allow you to unlock a phone once you get to the end, or even during, the contract.

Pay-as-you-go handsets are also subsidised by mobile retailers – although to a lesser degree – but may also be locked to the original network. Most operators will allow you to unlock them at any point, although they often will charge a fee.

When we asked mobile operator O2 about the practice of locking mobile handsets, it told Which?:  ‘We Sim-lock O2 Pay & Go handsets to the O2 network to prevent handsets being quickly resold at a profit, depriving genuine O2 customers of the opportunity to get the handset they want.

‘We charge Pay & Go customers a nominal fee to unlock the device, in order to cover our costs and to cover any subsidy we may have provided.’

Vodafone only locks some pay-monthly mobiles – such as iPhones – and pay-as-you-go mobiles. You can get in touch with Vodafone customer services and request a Network Unlock Code (NUC) to free the handset.

There is no official stance from phone regulator Ofcom on the locking of handsets to networks, although it does suggest that you ask about your operator’s unlocking policy when you start a contract.

Is it legal to unlock a locked mobile phone?

If you’re tied into a pay-monthly contract with your provider, there’s relatively little benefit in unlocking your handset, as you’ll have to continue to pay the network your monthly fee until your initial tie-in term ends.

If you have completed the minimum term of your contract, or if you are on pay-as-you-go, it’s completely legal to unlock  your mobile phone to use with another provider’s Sim-card. Doing so could enable you to get a much better mobile deal – for example by switching to a money-saving Sim-only contract.

How to find out if your mobile phone is locked

It’s best to find out whether your mobile phone is locked before you buy a new Sim-card and find out the hard way. To check if your phone is locked simply try it with a Sim-card from a different network (borrow one from a friend if needs be).

If you receive an error such as ‘Invalid Sim’ or ‘Sim-card not accepted’, then your handset is locked to your network.

How to unlock your mobile phone

If you need to unlock your mobile phone,  it does no harm to get in touch with your network to see if they will provide you with an unlock code – although they may charge a fee for this (typically £10-20).

If you’re not happy to pay this – or your network won’t provide a code – there are a couple of alternative options:

Be aware that although legal, unlocking your mobile phone may invalidate any handset warranty, so you may want to think twice if your handset is valuable.

How unlocking can save you money

Which? has found that Sim-only mobile deals can save users hundreds of pounds over a year or two because your monthly payments aren’t contributing to the cost of a subsidised handset.