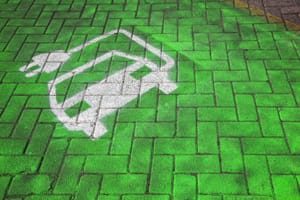 The Plug-In Car Grant, a scheme offering £5,000 off the cost of ultra-low CO2 and electric cars, has got off to a slow start, attracting just over 500 people in the first three months of its availability.

Introduced in January, the government hoped the money-off deal would encourage more people to switch to low emissions or electric car alternatives, with the additional cost of purchase identified as one of the key reasons why EVs are not being considered by many.

However, figures revealed in a parliamentary answer given by junior transport minister Norman Baker suggest the scheme hasn’t taken off as expected.

Intrigued by electric cars? Find out more in our Electric cars guide and read about how they rate for range, cost and CO2 emissions. 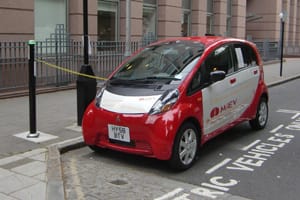 The Mitsubishi i-MiEV is eligible for the Plug-In Car Grant.

The Plug-In Car Grant was introduced as a government incentive to help reduce the nation’s carbon emissions by 40% or more.

However, while £5,000 off a new car sounds like a handsome offer, the subsidy only helps to soften the blow; EVs are usually around a third more expensive than a conventionally powered car of similar size.

That said, there has been a dramatic rise in interest in electric cars compared to two years ago. In 2009, just 55 electric cars were sold, with almost half of sales being the G-Wiz.

When the scheme began in January, only a small number of eligible cars were available, with the most eagerly anticipated car, the Nissan Leaf, not hitting showrooms until March.

And the low-emissions and electric car market is set to diversify further in the coming months, with the launches of the Chevrolet Volt, Vauxhall Ampera and all-electric plug-in Toyota Prius. These could improve interest in the incentive scheme in the remaining months of 2011.

Read our first drive report on the Nissan Leaf 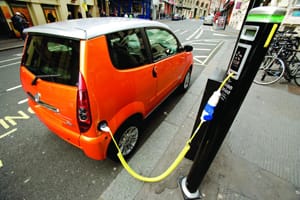 What does it mean for the Plug-In Car Grant?

The scheme itself, devised initially by the Labour government, could be scrapped at the end of the year.

The grant has enough funding to cover the sale of 8,600 cars this year, but this target looks increasingly unlikely following the figures from January to the end of March.

And with the scheme going under coalition review after 12 months, the restricted uptake means it could be unplugged altogether.

Are electric cars too expensive for you? Let us know your opinion at Which? Conversation.