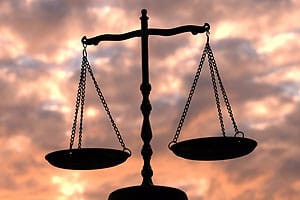 News that small claims courts may consider legal issues up to the value of £15,000 is welcomed by Which? as a quick and simple way of settling disputes without expensive legal fees.

Reports suggest the Ministry of Justice is reviewing the limits for which it will cover disputes in the small claims court procedure, currently limited to cases worth up to £5,000. Changes proposed for April 2012 could see this figure trebled to £15,000 in England and Wales.

Taking a dispute to a small claims court

‘There are many things consumers buy on a regular basis, substantial purchases where disputes routinely arise – for example, installing double-glazing – where £5,000 wouldn’t cover the value of a typical claim but which could fall within this increased bracket.’

Small claims court procedures can be used for most kinds of claims for breaches of contract – which include most consumer problems. Consumers can challenge the contractor in a small claims court without having to cover the opposition’s legal fees if unsuccessful.

Find out how to use the small claims court.

Using a small claims court is relatively inexpensive as you put your case forward yourself, so you don’t have to pay for a solicitor or barrister.

It’s important to remember that taking an issue to a small claims court is a last resort for dealing with problems. Before taking a claim to court you should consider if the problem can be resolved via another means such as an ombudsman.

If you do use the small claims court, it will take several months between issuing proceedings (starting your claim) and getting a judgment. In England and Wales before court action is started you must have followed the . See what else you need to do if you are considering taking a claim to the small claims court.

Claims above £5,000 – or £15,000 if the changes come into affect next year – need to be taken to the full county court procedure. A quality insurance policy may include legal expenses cover, which can pay for your legal costs should you need to take this course of action.

If you are thinking of taking a claim to the small claims court, use our template letter beforehand.

Would you take a dispute to a small claims court? Would raising the limit to £15,000 make you more likely to use the procedure? Share your views with our legal expert on Which? Conversation.