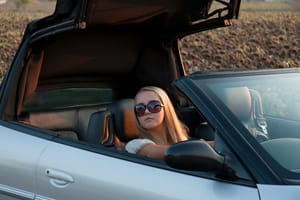 Find out which convertibles have the fastest opening roofs

Summer is nearly upon us – honest – but even when it does arrive the changeable British climate doesn’t guarantee days of endless sunshine. And so we got to thinking…

We love convertibles here in the UK. But to really make the most of what the weather brings us, wouldn’t it be handy to know which drop-top peels back its roof in the minimum amount of time?

So here is the Which? list of the ten fastest convertible roofs currently on sale in the UK. We’ve used manufacturer official figures for consistency, and measured by maximum opening time only. That explains the absence of the Smart Fortwo Cabrio, since to open that fully you have to remove the roof spars.

You can’t get quicker than a good old manual mechanism – such as used by the standard Mazda MX-5, which goes up and down as fast as you can manage it. But you may be surprised at just how smartly the modern automatic roof can reveal the sun. Even the slowest example listed here takes just 16 seconds.

Looking to buy a convertible in preparation for the summer? Read our convertible car reviews to find the one for you.

The Mercedes SL manages to collapse its complex folding hardtop in a scant 16 seconds. That’s impressive, not only because it outstrips its smaller sibling the Mercedes SLK (requires 20 seconds, but can be moving at a whole 5mph at the time), but also because it matches the considerably less sophisticated Fiat 500C for swiftness. Style and performance, too.

Read the full review of the Mercedes SL

The second generation Mini Convertible has an ‘Openometer’, an extra gauge specifically designed to measure the amount of time you drive the car with the top down. Thankfully, the opening mechanism makes short work of the job – the 15-second action also operates at speeds of up to 20mph, so you really can make the most of the sunshine.

Get test scores for the Mini Convertible in our full review

What the A5 lacks in driving finesse it makes up with muscular design and the usual finely-crafted Audi interior. The largest convertible roof to get anywhere near the top of this list, opening it up takes 15 seconds and closing it again just 17 – considerably faster than the rival Mercedes E-class (20 seconds) and BMW 3 Series (22 seconds) can manage.

Which? Car has a full review for the Audi A5 Cabriolet

It may look like a squashed Lotus Elise on the outside and feel like you’re sitting in a bathtub on the inside, but there’s no doubt that the Renault Wind’s flip-top hard-top is a clever solution. At 12 seconds to open or close, it’s fast, without affecting the boot space. Shame it doesn’t automatically raise the windows after the operation has finished.

Which? members can read the full review for the Renault Wind

The Boxster’s fabric soft-top disappears after just 12 seconds of holding your finger on the button. But we can’t help thinking a premium car like this shouldn’t require you to manually unlatch the hood from the windscreen rail first. Still, it could be worse –  you need a degree in camping and at least five minutes to open up the (more expensive) Boxster Spyder.

The TT wasn’t about to let the Boxster show it up, and so the Roadster version of Audi’s high-tech sports car matches the Porsche’s 12-second soft-top opening time. With weight optimisation a key feature of the second generation TT – which uses a mixture of steel and aluminium construction – it’s no surprise to learn that Roadster is just 35kg heavier than the TT coupé.

Get full test scores for the Audi TT

When Mazda announced it was working on a folding hard-top version of the iconic MX-5 everyone was aghast. But Mazda knew what it was doing. The 12-second mechanism is lightning-quick, does little damage to the driving experience, and folds away without any faffing about with luggage covers in the boot. A brilliant addition to this long-time Which? favourite.

Find out why the Mazda MX-5 is a Which? favourite

The very newest convertible in this list is the just-released Volkswagen Golf Cabriolet. No surprises to see it posts a very similar roof-retracting performance to the Audi A3 – taking an astonishingly swift 9.5 seconds to fold away. Refinement and structural rigidity are also first class, making this Volkswagen a tough act to beat in the compact convertible segment.

Having said that about the Golf, the Audi A3 Cabriolet may be older but it still has a couple of tricks up its sleeve – thus maintaining its higher position in the Volkswagen Group hierarchy. Firstly, the roof is – crucially – 0.5 seconds faster. But the A3 also offers more boot space – 260 litres versus 250 litres for the Golf. Small victories…

Which? members can read reviews of all Audi A3 models

Did you see this coming? The Porsche 911 Targa still counts as a convertible, we reckon – and if you really want to make the most of the fresh air you can’t get quicker. Unless you ditch the roof altogether and buy a Caterham. The sliding glass panel takes just 8 seconds to open, and the re-engineering required gives this 911 distinctive looks to go with its scorching four-wheel-drive pace.

Read the Which? Car review of the Porsche 911