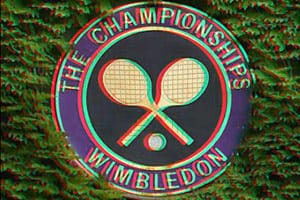 This weekend saw the BBC’s first national live 3D broadcasts via Freeview. The Wimbledon tennis singles finals were shown in 3D on the BBC HD channel.

Which?’s technology experts cast their critical eye over the transmissions and were impressed by what they saw.

Find out how 3D TV works, and what you’ll need to watch it, in our guide to everything you need to know about 3D TV.

Viewing at the Which? test lab

Viewers with a 3D television and a Freeview HD receiver had the option of watching the finals via the normal HD channel (BBC1 HD) in traditional 2D, or watching in 3D via the BBC HD channel. The transmissions used the ‘side by side’ 3D transmission system, similar to the one used by Sky. So, if you tried to view the BBC HD channel without a 3D TV, you would have seen two narrow pictures side by side on the screen.

At the Which? test lab we recorded both versions of the final, allowing us to view the two recordings and compare the viewing experiences in our controlled viewing room.

The conventional HD broadcast had the expected excellent picture quality, with superb resolution on still shots, vibrant colours and a dynamic image – a big improvement on standard definition via normal BBC1.

The 3D broadcast was produced well by the BBC – the number of camera shot or angle changes were restricted, which means more comfortable viewing in 3D. It can be very distracting to have continual camera edits and angle changes. The production was clearly made with comfortable 3D viewing in mind, as panning shots were slow and considered and camera angles were carefully selected.

Which 3D TV is best? See Sony, Panasonic, Philips and LG to go head-to-head in our search to find the best 3D TV of all.

When comparing the 3D and 2D broadcasts directly, it was interesting to note the differences. Firstly, the picture definition was noticeably better in the 2D version – the square patterns in the tennis net were clearly visible from the court end camera position. On the 3D transmission, the tennis net pattern was not discernable even though the 3D camera appeared to be positioned closer to the court. This loss of definition is a characteristic of ‘side by side’ broadcasts.

The camera angles between the two broadcasts were noticeably different too. The 3D court end cameras were positioned a lot lower than the 2D cameras. This aided 3D viewing as it gave an effective perspective to the game. The viewer was able to see the actual view the players had of the game, and it helped capture the speed of the tennis rallies.

The BBC 3D director wisely limited the number of switches between camera shots over the whole broadcast. 3D viewers will find constant editing shots extremely tiring to watch, as they require continual re-focussing to the 3D perspective. The 2D version had a more normal number of shot changes which the viewer is used to.

A success but some still prefer 2D

Overall our experts thought the 3D production was well done, and the BBC achieved a very good result. The 3D depth was good; giving a real ‘feel’ to the tennis action and the director was sensitive to the viewers’ 3D experience.

However, while they found 3D impressive, some of our testers still preferred to view the match in conventional high-definition 2D format. They found the viewing easier on the eye, less tiring to watch, more vibrant and with noticeably better detail and definition.

To find the best TV sets for both 3D and regular viewing see our in-depth Which? reviews of LED, LCD and plasma TVs.