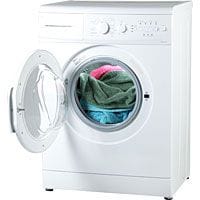 Manufacturers are making home appliances much harder to repair than they once were – leading to fewer being repaired and more being thrown away, a new Which? investigation reveals.

Which? has been investigating product reliability since 1971 and comments from our articles over the years suggests that appliances have generally become more reliable. But impossible-to-repair machines and falling prices mean that there’s a growing trend towards throwing appliances away, rather than getting them fixed when they fail. And in some cases, a seemingly simple repair will cost as much as a brand new machine.

Which? reliability expert Matt Stevens says: ‘It’s madness that consumers are faced with repairs costing as much as a new machine. Manufacturers need to make machines that can be repaired cheaply and easily and need to share all of the information they hold about how to repair their machines with independent repair specialists.’

Far fewer machines are being repaired now than 10 years ago – this is due to products being much cheaper now than they were. But it’s also because appliances aren’t being designed with repairs in mind.

This means that affordable repairs are sometimes impossible and machines with minor faults need to be replaced because they can’t be repaired. And domestic appliance repairers have told us that manufacturers don’t always supply the information they need to able to make repairs.

Product reliability matters to Which? – if our research reveals that a product has a poor reliability record, we won’t allow it to be awarded Best Buy status, even if it scores highly enough in our lab tests.

We’ve surveyed thousands of Which? members to find out about the reliability record of their kitchen appliances. This has allowed us to produce reliability scores for cookers, dishwashers, freezers, fridges, fridge freezers, ovens, microwaves, tumble dryers, washer dryers, washing machines and upright and cylinder vacuum cleaners. Read our domestic appliance reviews to find products from the most reliable brands.

Many washing machines come with a sealed drum – this means that the drum is welded together, rather than being bolted. Because of this, when objects such as a coin or stray bra wire get trapped between the inner and outer drums, they can’t be removed and the whole drum assembly will need to be replaced. Also, drum bearings can’t be replaced because sealed drums can’t be stripped-down.

Buying a replacement drum and having it fitted can cost around £180 – as much as a cheap, new washing machine.

The Beko WM5140W washing machine comes with drum paddles that are fixed from the inside of a sealed drum – if the paddle breaks, the whole drum will need to be replaced. On other machines, paddles can be bought for £10 and fitted yourself, if you know what you’re doing.