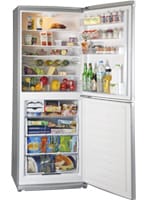 Police are investigating the death of a man who perished in a house fire in November 2010 caused by a Beko fridge freezer – several months after the London Fire Brigade first highlighted the fault to Beko.

Santosh Benjamin-Muthiah, aged 36, died in a house fire in Wealdstone, north London, in November 2010. The fire was caused by a faulty Beko fridge freezer.

A spokesperson for Barnet Coroner’s Court said Mr Benjamin-Muthiah had died from a lack of oxygen to the brain after inhaling fumes during the fire at his home, in November.

The coroner has asked the police to look at the case. A police spokesman told Which? that CID officers in Harrow are reviewing the evidence.

On Tuesday, the London Fire Brigade (LFB) warned of a fire risk that could affect up to 500,000 Beko fridge freezers, following a tower block fire in Bermondsey, south London, last week – bringing the total number of linked fires in the capital since 2008 up to 20.

The fault relates to a defrost timer, which can fail and overheat – full details of the Beko fridge freezer fire risk can be found in our online Q&A.

The LFB says it officially informed Beko of the link between the fridge freezers and the fires in June 2010 – almost a year before the safety risk was made public, and five months before the fire in Wealdstone that led to Mr Benjamin-Muthiah’s death.

Beko told Which? that it had worked with the LFB after being alerted to the issue last year to ‘identify the root cause of the fires’ before contacting retailers at the end of 2010 to obtain contact details for affected customers. Earlier this week, Beko said it had contacted 200,000 customers this way

However, LFB says up to 500,000 fridge freezers were potentially faulty, and no safety notice appeared on the Beko website until April 2011.

Trading standards officers told Beko its safety notice didn’t make clear enough that there was a risk of fire, and Which? has said that the company did not act swiftly enough in contacting all affected customers.

Beko is asking all fridge freezer owners to check their fridge freezer model number and contact the company directly to arrange for a repairer to visit and make a free modification to the timer if they have one of the affected appliances.

But as we reported yesterday, many Beko fridge freezer owners have been sharing frustrating experiences of long call waiting times, getting cut off and failing to speak to a Beko adviser – see their views on Which? Conversation.

The company has extended its opening hours and will be answering calls over the weekend, boosting its call centre capacity by 20 times. Beko says it has now spoken directly with ‘tens of thousands’ of customers.

Call Beko’s helpline on 0800 009 4837 between 7am and 11pm, Monday to Friday, with your queries, or visit the Beko website, where you can enter your model and serial number to check online whether your fridge freezer is affected.

Which? independently tests fridges, freezers and fridge freezers. Do you have a faulty Beko fridge freezer? Share your experiences with us on Which? Conversation.