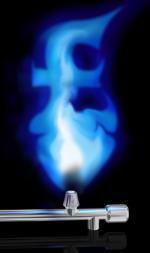 Scottish and Southern Energy (SSE) has announced an increase in its energy prices from 14 September – with gas prices up by 18% and electricity by 11%.

The announcement will affect around 5.2m SSE electricity customers and 3.6m of its gas customers. The price hike will equate to an additional £171 a year on a typical dual fuel customer’s energy bill. The move follows recent price increases by Scottish Power and British Gas.

Which? executive director Richard Lloyd says: ‘This is the third price hike from one of the ‘big six’ in less than two months. With average dual fuel bills hitting £1,265 a year, many customers who are already struggling with the rising cost of living could be forced to cut back on essentials.’

‘It’s vital that the government and suppliers now make every effort to help people reduce their energy usage and take control of their bills this winter, or many customers may have to make tough choices between heating and food.’

Check your energy options, and see if you can find a better deal, with Which? Switch, the independent, not-for-profit energy comparison service from Which?.

SSE says it will not increase its prices again before August 2012 ‘at the earliest’. It blamed rising wholesale energy costs, along with operational and environmental obligations for the price hike. In May 2011, the company posted pre-tax profits of around 1.3bn – up 29% on last year.

Richard Lloyd says: ‘The increase will put SSE’s average bills at their highest ever level, and it’s only a matter of time before the remaining energy companies follow suit and announce similar hikes.’

To minimise the blow of rising energy prices, we think customers have two choices:

2. Wait until all the companies have announced price increases before switching to the cheapest available energy deal.

See our energy price rise Q&A for a full breakdown of your options.

The SSE price hike isn’t a surprise, but will be an additional blow to consumers. Which? research shows that rising energy prices are consumers’ number one financial concern.

Back in June, Scottish Power was the first of the major energy companies to announce it would be increasing gas prices by 19% and electricity charges by 10% from 1 August.

Earlier this month, British Gas said it would be raising gas prices by 18% and electricity prices by 16% from 18 August.

Which? is currently calling for energy companies to make energy tariffs clearer and more transparent. Even if wholesale prices do increase, with simple tariffs customers can more easily compare prices and switch.