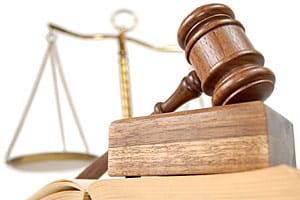 The Legal Ombudsman wants to extends its remit to be able to investigate bad practice in will-writing firms and claims management companies.

As the Legal Ombudsman publishes its first annual report today, Which? supports its call for greater protection against confusing structures and dodgy claims management and will-writing companies.

Which? executive director Richard Lloyd said: ‘We want the government and regulators to wake up to the current lack of clarity and to provide a clear and straightforward route of redress for consumers’.

Which? undercover investigations into both will-writing firms and claims management companies have revealed examples of poor practice.

But the Legal Ombudsman does not currently have the powers to investigate these types of organisations.

Many consumers believe they are getting a legal service from such companies, but don’t realise that the work may be carried out by someone who isn’t authorised to do so.

Expanding the remit of the Legal Ombudsman would allow it to tackle problem areas of the market, give it greater scope to challenge future issues and offer customers a clear means of redress where they have received a poor legal service.

Richard Lloyd said: ‘As the legal services market continues to grow in both size and complexity, it’s crucial that consumers who have paid for a legal service that’s not up to scratch know where to turn to get help’.

‘It is also damaging to consumers, because the unregulated providers aren’t insured, don’t provide a compensation fund, and aren’t covered by the Legal Ombudsman’s scheme for consumer redress.’

The Legal Ombudsman service was established in October 2010. Its remit is to make sure legal complaints are ‘resolved quickly and with minimum formality by an independent person’. More than 38,000 people contacted the Legal Ombudsman during its first six months in operation. The organisation has launched nearly 4,000 investigations into the service provided by lawyers, and resolved 1,450 cases.

If you need to escalate an issue an ombudsman, use our free template letters provided in our guide to complaining to an ombudsman. If you need legal advice, including support writing a will, find out what Which? Legal Service can offer you.