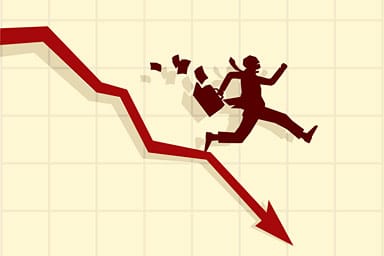 Inflation is big news at the moment. We explain exactly what you need to know about it and how it affects you.

What is inflation and how is it measured?

To most people, it’s rising prices; the increase in the cost of living from one year to the next. It becomes an issue when prices rise faster than wages and interest rates, threatening your spending power over the long term.The Office for National Statistics (ONS) checks prices for a basket of about 650 goods and services in 150 locations around the UK.

By comparing one month with another, they show how prices have changed. The measure this produces is the monthly consumer prices index (CPI), the UK’s official rate of inflation. Until recently, the retail prices index (RPI), which includes other items, such as mortgage interest repayments, was used as the standard measure. For June 2011, CPI was 4.2% and RPI was 5.0%.

Why does inflation actually matter to me?

Inflation matters if it threatens to undermine your purchasing power. Workers whose salary rises lag behind inflation will become worse off. Savers who have a lower rate of interest will also suffer. Their money will be worth less at the end of the year than it was at the start.

What can I do about rising inflation?

Savers need to take account of inflation when assessing what counts as  a good rate of return. If they pay tax at the standard rate of 20%, they currently need to earn 5.3% just to match CPI. Those who pay tax at 40% require 7.0%. Isa savers have a less daunting target of 4.2%, but even this is only available from a top-rate, five-year, fixed-rate Isa.

Does anyone benefit from inflation?

Borrowers can sometimes find their debts reduced by inflation. If wages and prices both rise quickly, this erodes the value of your debt in ‘real’ terms. House price inflation can also benefit borrowers.

During the housing boom of the late 1990s and early part of the last decade, the value of people’s houses outstripped the original sum they’d borrowed. But, when house prices fall, borrowers may end up in ‘negative equity’,owing more than their home is worth.

Is the rate of inflation currently high?

It’s higher than it was for the decade between 1995 and 2005, when RPI hardly exceeded 3%. It’s also higher than the Bank of England’s current target for CPI, which is 2%.

Historically, 4.2% is not particularly high, however. During the 1970s, RPI reached 26%. What makes inflation worrying at the moment is the way it interacts with low interest rates, leaving savers trailing behind.

Will inflation affect my pension earnings?

It might, unless your scheme is index-linked. Index-linked returns grow at the same rate as inflation. Annuities with indexing are inflation-proof, but many people take level-term annuities instead, where their income stays the same. This means it’s worth less if inflation starts to rise. Pension savings can suffer in the same way. Many schemes deliver index-linked growth, but not all track the same measure.

The government has recently moved from RPI to CPI for public sector pensions. As the two are normally about 1% apart, this could result in slower growth for those who have yet to retire and a lower pension income when they do.

Do all prices rise by the same amount?

The way that price rises vary means that not everyone feels the impact of inflation in the same way. The ONS has an online personal inflation calculator, which allows you to work out your own rate (www.statistics.gov.uk).

Which? Money when you need it

You can follow @WhichMoney on Twitter to keep up-to-date with our Best Rates and Recommended Provider product and service reviews.

Sign up for the latest money news, best rates and recommended providers in your newsletter every Friday.

Or for money-saving tips, and news of how what’s going on in the world of finance affects you, join Melanie Dowding and James Daley for the Which? Money weekly money podcast

For daily consumer news, subscribe to the Which? news RSS feed here. And to find out how we work for you on money issues, visit our personal finance campaigns pages.