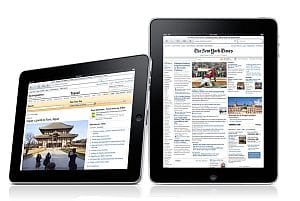 Apple, along with Publishers Hachette, HarperCollins, Macmillan, Penguin and Simon & Schuster, have been accused of illegally fixing the price of ebooks after seeing the Kindle as ‘a competitive threat to Apple’s business model’.

Apple announced partnerships with the accused publishers on 27 January 2010, the same day that the original iPad was announced. According to the lawsuit, these partnerships have resulted in ‘unlawful agreements’, whereby the price of named publishers’ ebooks would be calculated based on the price of the publishers’ physical books, ensuring that the ebook prices would increase through other distributors, including Amazon.

The lawsuit states that the intention of this ‘conspiracy’ was to ‘boost profits and force e-book rival Amazon to abandon its pro-consumer discount pricing’. The lawsuit also indicates that Apple had concerns over the Kindle platform’s potential, and saw it as a potential rival to its own iTunes store.

According to the lawsuit, the ‘unlawful agreements’, between Apple and the named publishers have worked as intended, with Amazon being forced to stop discounts on the named publishers’ ebooks, resulting in the general price of best-selling ebooks rising by between 33% and 50%.

The lawsuit states that as a ‘direct result of this anti-competitive conduct’ ebooks from the named publishers can now be sold though Apple’s iBookstore and face ‘no pricing competition from Amazon or other edistributors for the exact same titles.

Apple has yet to officially respond to these accusations.

We’ve put the Amazon Kindle ebook reader up against its main competitors, including the Apple iPad, in our ebook reader reviews.