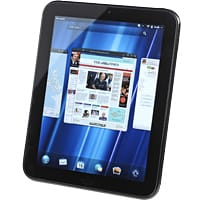 The HP TouchPad, which only went on sale in June, is the most high-profile casualty of the HP’s decision.

Developed after HP’s $1.2 billion purchase of Palm and its critically acclaimed webOS operating system, the HP TouchPad has struggled in spite of a multi-million dollar marketing campaign to promote its launch.

The TouchPad was HP’s attempt to compete with Apple in the lucrative tablet market. Like the iPad it had a 9.7-inch screen and came with an operating system specifically designed for it.

In our HP TouchPad review, we found the operating system had a ‘slick interface’ but that it was dogged by sluggish performance when opening apps. A software update reportedly improved its overall performance, but it could do nothing to improve sales.

Read our full to see how it fared in our tests.

HP has also announced plans to spin-off its personal computer division, the part of the company that sells PCs and laptops to consumers. Despite being the largest PC manufacturer in the world in sales volume, it’s believed HP has unhappy with the profit margins it generated.

Known as the Personal Systems Group (PSG), the PC division will continue to operate as a separate company and may be subject to a takeover bid from rival manufacturers. HP may also attempt to sell the webOS operating system that powers the HP TouchPad.

How will this affect you?

If you own an HP desktop PC, laptop or printer, there is no need for concern. HP’s PC business is still functioning and will not be shut down.

If you’ve bought an HP TouchPad, the Which? Legal Service has this advice: