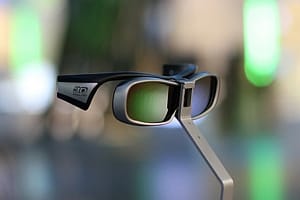 A ‘Full HD 3D glasses initiative’ has been initiated to create a 3D glasses standard that will work on active shutter 3D TVs from Panasonic, Samsung and Sony.

3D TVs from the three TV manufacturers all require active shutter glasses for viewers to see the 3D effect, however the current 3D glasses aren’t cross-compatible and can only be used with the associated brand of TV.

In September, 3D glasses that will work with all future 3DTVs from Panasonic, Samsung and Sony will be announced.

The new 3D glasses, which won’t go on sale until 2012, will also be compatible with all existing 3D TVs from Panasonic, Samsung and Sony’s 2011 ranges, according to the manufacturers.

Who makes the best 3D TVs? Find out in our 3D TV reviews.

Which? technology expert, Ben Stevens, said: ‘The first 3D TV was sold in the UK in April last year, and when the sets went on sale there was concern about 3D glasses cross-compatibility, and how future-proof the technology was. We’re pleased to see a standard introduced, but would have liked to have seen manufacturers working together from an earlier date.’

Radio frequency (RF), Infrared (IR) and Bluetooth are all wireless signals currently used to enable 3D TVs to communicate with the active shutter 3D glasses. It seems that while the new glasses will be compatible with all three signals, Bluetooth is likely to be the signal that is commonly adopted. Samsung introduced Bluetooth receivers in the 3D glasses that it unveiled earlier this year.

Find out more about 3D TV and the different 3D technologies in our 3DTV essential guide.