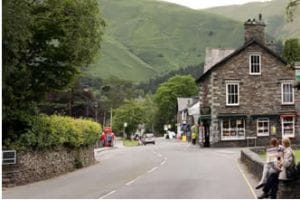 Culture Secretary Jeremy Hunt has announced a £363 million investment into broadband networks in England and Scotland.

English counties will receive £294.9 million in all, with the largest sums being allocated to areas that currently have a poor broadband provision. Scotland has been allocated £68.8 million.

Find out more about superfast broadband and what it means for you.

How will the superfast roll out work?

The Government is relying on private companies, such as BT and Virgin Media, to take superfast broadband to around two-thirds of the UK.

This additional investment is aimed at making sure it gets to the other third of the population too, by making it viable for businesses invest in less-populated rural areas.

Today’s announcement follows last months news from Ofcom around broadband pricing in rural areas. It told BT it must reduce the wholesale price it charges other providers to use its network in less populated areas.

Will this really result in cheaper broadband for rural customers? Find out more and have your say at Which? Conversation.

The Culture Secretary said today, ‘Fast broadband is absolutely vital to our economic growth, to delivering public services effectively, and to conducting our everyday lives’.

He acknowledges that some areas of the UK are currently missing out, particularly rural areas and says, ‘We are not prepared to let some parts of our country get left behind in the digital age’.