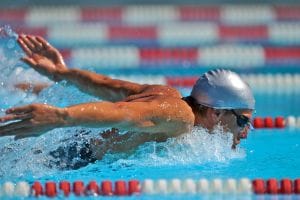 Over half of the people Which? surveyed have no understanding of the remaining Olympic ticket selling stages or the rules on selling unwanted tickets for London 2012

A Which? survey has revealed a worrying lack of understanding about the Olympic ticketing process.

With less than a year to go until the Games open, over half of the people surveyed have no understanding of the remaining ticket selling stages or the rules on selling unwanted tickets.

Lack of understanding on ticket resales

In a survey of 1,275 adults from across Great Britain, only 7% of people felt that they fully understood the remaining stages of the ticket sales process.

And only 6% felt that they fully understood the rules about reselling their tickets.

No understanding of the rules

The survey also found that one in five people would be interested in still buying tickets, and some would consider paying more than face value, buying abroad or buying from vendors who are not authorised as official sellers.

If you haven’t managed to buy tickets for the Games then further tickets will go on sale on a first come, first served basis this winter. They’ll be available by phone or online though you will need to use a Visa card.

And if you think you’ve fallen victim to a scam, notify your bank or credit card company immediately and check your credit file for unexpected entries.