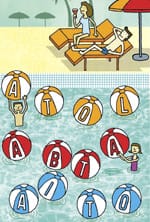 Many UK travellers are handing over their money to book holidays, wrongly believing that the presence of an industry logo means their cash will be safe, a Which? Travel investigation has found.

Many consumers are putting their trust in industry bodies – such as Abta (the travel association), Atol (the Civil Aviation Authority’s Air Travel Organisers’ Licensing scheme), and Aito (The Association of Independent Tour Operators) – without understanding the level of provided by these organisations.

And Which? Travel’s investigation found that travel agents are failing to volunteer advice about protection, often giving unclear, or incorrect, information when asked.

What happens if a travel company goes bust?

When we asked 1280 adults about well-known travel organisations, we found that more than two thirds (67%) wrongly assumed that if a travel company went into administration – and was a member of one of the associations – their money would be safe.

And when they were asked what they understood about specific organisations, it was clear travellers had an unwarranted trust in the level of protection they were offered.

For Abta, 58% believed the presence of its logo meant that their money was safe if any holiday company involved in the booking went bust. Some 54% of those who had heard of Atol believed an Atol logo meant the same. But this is not necessarily true for either organisation.

The associations may protect some elements of a holiday, but how much will depend on how the retailer has arranged and sold it – and this can vary enormously.

Find out more about your rights if a travel company goes bust in our guide.

Which? Travel made 70 undercover calls to a range of travel agents to find out what advice customers were being given. We found that the mystery shoppers were offered information only three times out of the 70 calls.

Once the customer asked for information about financial protection, only a third (34%) of the agents gave accurate and clear advice.

Another 34% managed to give a general message about financial protection, but the advice was often so vague that customers were unlikely to get a full understanding. In other cases, the information was inaccurate (18%) and potentially misleading (10%).

Travel industry reform will not be enough

The travel industry recognises that the protection system is outdated and overly complex, and as a result the government is currently consulting on reform to make it simpler.

The proposed changes will mean that any sale of a flight together with another holiday item, such as a hotel room or car hire, must legally be covered by Atol.

However, Which? doesn’t believe the reforms go far enough, as they aren’t due to extend Atol to sales by airlines or to cover ‘click-throughs’ – when a customer buys a flight online and clicks through to another site to buy their accommodation.

More from Which? Travel

Make sure you know your when travelling

For travel advice, expert tips and destination ideas, subscribe to Which? Travel.