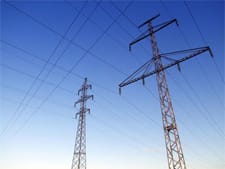 The ‘big six’ energy companies have been ranked by complaints

Scottish and Southern Energy (SSE) has earned top marks in the latest energy supplier league table, which ranks energy companies by the number of customer complaints they receive.

Five of the ‘big six’ gas and electricity suppliers saw a decrease in complaints this spring (April – June 2011), according to Consumer Focus which compiles the quarterly league table, with SSE, Eon, Npower and Scottish Power going up by one star in the ratings system as a result.

But it’s not all good news – customer grievances about EDF Energy, which implemented a new billing system this year, rose 19%, putting it bottom of the league.

See how these ratings compare to the Which? Switch energy satisfaction survey, which gathers opinions from thousands of gas and electricity customers and rates each supplier on customer service and value for money. We also include smaller energy players on the market such as Utility Warehouse, Ovo Energy and Ebico.

Which? energy researcher Eleanor McManus says: ‘While it’s reassuring to hear that overall numbers of complaints about gas and electricity companies are down, we know from Which? research that the utilities sector overall still has one of the lowest customer satisfaction ratings out of all the industries we survey in.

‘Energy companies need to make sure their complaints procedures are accessible and transparent, but should also strive to provide a service that won’t lead their customers to complain in the first place. We’d like to see the energy industry as a whole up its game in our next Which? Switch energy satisfaction survey.’

Which? called for better handling of complaints across the energy sector back in July 2011, when the Energy Ombudsman released its annual complaints data. Currently, if someone wants to complain about an energy company they have to give their supplier eight weeks to resolve the issue before being able to refer the complaint to the Energy Ombudsman.