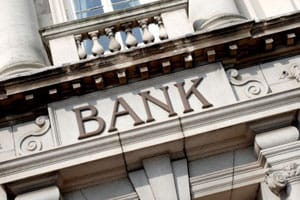 Which? is calling on the government to act quickly and strongly to reform the banking sector

As the Independent Commission on Banking (ICB) publishes its final report, Which? is calling on the government to act quickly and strongly to reform the banking sector.

Which? chief executive, Peter Vicary–Smith, said: ‘Consumers can’t afford to bail out the banks again and they don’t trust bankers to change their behaviour, so Which? agrees with the Independent Commission’s call for strong action by the government.’

He added: ‘The welcome changes proposed by the ICB won’t happen overnight, but to give people confidence that lessons have been learned from the financial crisis, the government must set out a clear and urgent timetable for reform.

‘The chancellor should respond to the ICB at the time of his autumn statement and use the Financial Services Bill, currently being debated by parliament, as the vehicle for the legislation that is required.’

Mr Vicary-Smith also spoke about ring-fencing to protect retail banking: ‘Seven-in-ten people tell Which? that they back the ring-fencing of essential consumer banking from high risk investments. A clear, high and strong ring-fence will allow failing banks to go bust without taking our deposits and the rest of the economy with them.’

Which? would also like to see it made easier to switch banks: ‘The government must move fast to tackle the lack of competition in our banking system. We need a dramatically improved switching process, a regulator that acts to promote competition and a market where banks genuinely have to compete for their customers by offering good value products and better service,’ Mr Vicary Smith said.

‘The government must be clear how it will create more competition when it sells our stakes in Lloyds, RBS and Northern Rock. It should not hesitate to refer the industry to the Competition Commission if the market does not improve or if Lloyds won’t agree to enhance its divestment,’ he added.

Which? has long argued for an end to sales commission for frontline bank staff as well as a code of ethics for bankers and a professional standards committee to investigate and act on bad behaviour.

We believe that there’s absolutely no reason for the government to go slow with these measures.