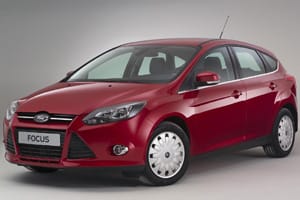 New Focus will be most economically efficient, non-hybrid family car on the market.

The pair will debut at the 2011 Frankfurt Motor Show next week alongside a 1.0-litre, three-cylinder Focus Ecoboost. Together, they herald a new generation of Econetic models that will see half of all Fords sold sporting this green designation by the end of 2012. 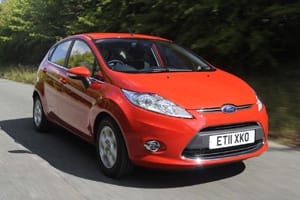 The new Fiesta is one of the greener superminis available.

The Fiesta Econetic, meanwhile, returns a claimed 85.6mpg while emitting just 87g/km CO2 – extremely impressive, but not quite good enough to wrestle the supermini efficiency title from the 85g/km, 88.3mpg Kia Rio.

Under the bonnet of both new Fords is a development of the 1.6-litre TDCi turbodiesel engine. 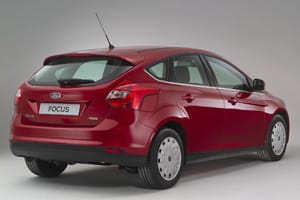 This version of the Focus is the first Ford diesel to receive the NOx trap.

The Focus also becomes the first Ford diesel to feature a ‘NOx trap’. This not only reduces harmful nitrogen oxide emissions – which cause acid rain, amongst other environmental damage – but the leaner combustion process further improves the vehicle’s efficiency.

Both models also feature stop-start – a first for any Fiesta, and a technology that will be available on every Ford model line by the end of 2012. Ford Eco Mode gives the driver a visual indication of how economically they are driving, as well as offering helpful tips on how to improve.

In terms of aerodynamics, the Focus incorporates an active grille shutter. This automatically changes the grille opening depending on the cooling requirements of the car. It has no less than 16 possible positions, and the reduction in drag when fully closed lowers CO2 emissions by 2%.

The Focus is equipped with a low-friction six-speed manual gearbox; the Fiesta a five-speed ‘box. 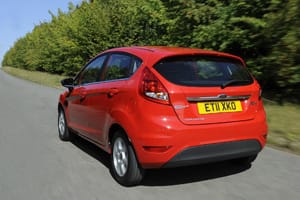 Both of these new cars are a key part of Ford’s overall CO2 reduction strategy. This also includes Econetic  models featuring 1.0-litre and 1.6-litre Ecoboost turbo petrol engines, an electric-only Focus and hybrid variants of the C-Max.

The ultimate aim is a 30% reduction in range CO2 levels by 2020, compared to 2006 levels. With an 11 per cent fall achieved so far, Ford believes it is well on target to achieve this goal. They predict another 10g/km overall drop coming within the next two years.

There’s no word on pricing or specific UK availability yet, but we expect more info at the Frankfurt Motor Show, where further details of the 1.0-litre Ecoboost Focus should also emerge.