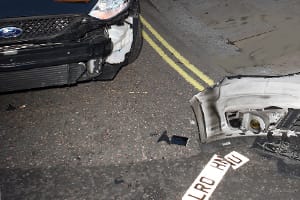 Honest motorists will be hit by higher car insurance premiums

The Office of Fair Trading is to investigate why car insurance premiums have shot up by around 40% on average over the last year.

With the average annual premium for comprehensive car insurance cover costing almost £900, up 40% on the previous year, the cost of motoring is becoming increasingly prohibitive, prompting the Office of Fair Trading (OFT) to investigate the market.

The news that the OFT will be analysing the car insurance sector has been welcomed by Which? – as we have regularly reported on the extortionate costs of buying cover, given that it’s a legal requirement for all motorists.

The OFT intends to publish its findings in December and may take further action if it decides that the industry is acting in a non-competitive manner or is otherwise unfairly treating customers. Recent high profile instances, such as the selling on of customer information to personal injury lawyers, has tarnished the industry, which claims it is struggling under the weight of an increasingly competitive market.

Which? insurance expert Dan Moore said: ‘Insurers may claim that they’re suffering at the moment but increasing premiums by such an extent is not the answer. Uninsured motorists account for around one-in-twenty cars on the road, and the risk is that prohibitive premiums will lead to more people taking the risk of driving without cover.’