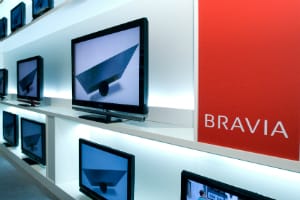 Sony has announced that 1.6 million of its Bravia LCD TVs could be at risk of overheating

As Sony announces that 1.6 million of its Bravia TVs are potentially affected after incidents of smoke being emitted and parts melting, Which? advises on which sets are affected and how to contact Sony if you are at risk.

Sony has today announced that several incidents of Bravia TVs overheating could even necessitate a huge product recall of 1.6 million units.

Reports so far have suggested that faulty components are causing the TVs to emit smoke and have even led to internal TV parts melting from the overheating.

So far, all reported incidents have been isolated to Japan, but Sony is taking no chances, and is instigating a worldwide product alert.

Unlike the incidents that prompted a major recall of 500,000 Beko fridge-freezers earlier this year, no deaths or injuries have yet been reported as a result of the Sony Bravia faulty TVs.

Which Sony Bravia TVs are at risk?

The key question is which models are affected? Sony has announced that only its 40-inch LCD sets manufactured in 2007 and 2008 are subject to recall – this rules out the more recent models, including the modern Bravia ultra-slim LED TVs.

According to a Sony spokesperson we contacted, only 40-inch Bravia LCD models from the 2007-2008 line are considered at risk due to a faulty component in the back-lighting system.

What to do if you believe you are affected

The first thing to do if you suspect that you own one of the affected models is to confirm this before contacting Sony.

If you own a 40-inch Sony Bravia TV, the first thing to do is to confirm the model number.

You can do this by checking the casing, which will usually display the model number on the rear of the TV.

Alternatively, check your instruction manual, which will list the model number of your TV.

If you own one of the TVs that is considered at risk, you should contact Sony’s product support team.

The good news is that Sony is offering a free service of sending an engineer to inspect your TV if it is one of the affected models.

We spoke directly to Sony’s product support team to confirm this, and were told that they would make arrangements for engineers to visit affected households and inspect the TVs free of charge. Where a fault was identified, a free repair would be offered.

Which? TVs expert Richard Parris says, “While this is a potentially dramatic product fault, Sony seems to be responding quickly and on a large scale. With as many as 1.6 million units affected worldwide, it’s no small offering to provide free inspection and potentially free repair to customers who’ve purchased these TVs. What’s essential now is that if you suspect you own an affected model, act fast to confirm this and contact Sony to get your TV inspected.”

Read our expert Which? advice on returning faulty goods.

Keeping up with customer support demand

One concern we’d raise is whether Sony is able to keep up with the surge in demand for its customer support services following the announcement of this issue.

When Beko announced that it was recalling potentially hazardous fridge-freezers earlier this year, a number of frustrated Beko owners contacted Which? to tell us that they were unable to get through to Beko’s support lines, and that they had to wait over a week for an engineer to visit.

We’re hoping that Sony is preparing its customer support network for the potentially huge number of Bravia-owners who will be concerned by this announcement.

Head to the Which? Conversation page, where we’re inviting affected Sony Bravia owners to share their experiences of dealing with Sony’s customer support.

Despite the potential alarm caused by such reports, Sony has traditionally fared well in our annual Which? product reliability surveys of owners of LCD TVs.

This year we surveyed 3,637 Which? members who owned LCD TVs to find out which brands offered the best reliability and the fewest reported incidents of breakdowns.

To see how Sony did in our 2011 reliability survey, check our expert Which? reviews of the best LCD, LED and plasma TVs.