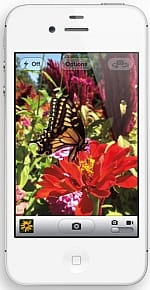 After months of speculation Apple has finally unveiled its latest iPhone, the iPhone 4S, and released the latest version of its operating system, iOS 5.

The new phone will come pre-loaded with the latest version of Apple’s mobile operating system, iOS 5. It will be released for current iPhone, iPod Touch and iPad owners on 12 October.

The basic design of the iPhone 4S is identical to the iPhone 4 that was released last year. That means it’s got a glass finish on the front and rear and though this glass is ‘toughened’ to withstand bumps and scrapes, it’s by no means shatter-proof. Other features that remain unchanged are the 3.5-inch screen with its 960 x 640 resolution, its 9.3mm thickness and a weight of 137 grams.

There are several upgrades, though, details of which are explained below:

Looking for something different? Try one of our guide to Apple iPhone 4S alternatives.

iOS is the operating system that powers the iPhone, iPad and the iPod touch MP3 player. iOS 5 is the latest version and will be available to download via iTunes on 12 October. It’s free to upgrade for both iPads, the iPhone 4, iPhone 3GS and the 3rd and 4th generation iPod touch.

According to Apple, iOS 5 contains over 200 improvements on the current version of iOS and it believes it to be the most significant update to the mobile operating system to date. Here are some of the highlights:

For a more in-depth look at the new features, read our iOS 5 preview on Which? Mobile.