The Dyson DC02 (left) and the Vax Mach Zen (right)

Claims that Vax copied a vacuum cleaner design from rival Dyson been rejected by the Court of Appeal.

Dyson has been fighting a legal battle with Vax over the design of the Vax Mach Zen since early 2010.

Dyson claims the Mach Zen copies the design of its first bagless vacuum cleaner, the DC02.

Vax vs Dyson – find out which brand performs best in Which? tests in our vacuum cleaner brands guide.

Yesterday, judges in the Court of Appeal backed an earlier decision which rejected Dyson’s claims. 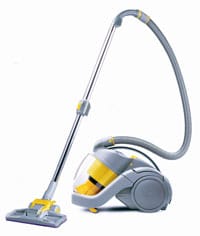 Following the court’s decision, Vax managing director Simon Lawson praised the Mach Zen and said: ‘I am proud of our UK-based design and innovation team.’

In a statement, James Dyson accused Vax of ‘cashing-in’ on Dyson’s success.

He said: ‘We’ve invested decades, not to mention millions, in creating better technology. And sadly we waste millions more in cases like this. We need to better protect British design.’

Which? has reviewed many Dyson and Vax vacuum cleaners, as well as a those from Miele, Hoover and John Lewis.

We’ve in-depth reviews of more than 150 vacs, including cylinder and upright models. 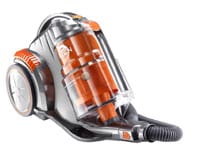 You can search our reviews by Which? rating, price, type, weight and volume to make it easy to choose the right vac for you.