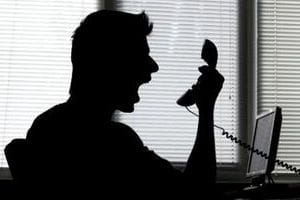 The biggest energy companies are giving inaccurate information and dodgy advice to people who ring up to switch their gas and electricity deal, the latest Which? investigation has found.

In an undercover probe, we made 12 calls each to British Gas, Npower, Eon, Southern Electric, Scottish Power and EDF and asked for the cheapest deal.

Disappointingly, in nearly a third of the calls the firms failed to offer their cheapest tariff. Staff also gave questionable advice about potential savings, cashback deals and fixed prices.

Which? executive director Richard Lloyd says: ‘If you call an energy supplier asking for their cheapest deal, that’s exactly what you should get. It’s unacceptable for sales staff to give information that’s plain wrong or confusing.

‘Giving the right advice to customers about switching matters more than ever when so many people are struggling with escalating fuel bills and colder weather is starting to bite.’

The full article ‘Kept in the dark’ features in the November issue of Which? Money. You can find expert tips on saving money in our bills & budgeting guides – and get impartial advice on the cheapest energy deal for you at Which? Switch.

Npower and Eon scored highest overall in our investigation. Both told us about their cheapest tariff and highlighted relevant exit fees in most calls.

Southern Electric scored poorly as its telesales staff only mentioned its cheapest tariff in three of the 12 calls. It said there would not have been a massive difference between the tariffs that it offered – its Fixed Discount tariff is only 2% cheaper than its standard tariff – but we can’t see any reason why we shouldn’t have been offered the cheapest tariff in every call.

Seven of the 12 EDF Energy salespeople recommended its more expensive fixed-rate deals instead of its cheaper online tariff. EDF has told us that its online deals are intended to be sold online but its advisers should tell prospective customers there are cheaper deals online and they can, in certain circumstances, switch to these over the phone.

Full scores for each energy company can be found in the table below.

Across all the companies, one third of the salespeople did not mention relevant exit fees (the fees of up to £60 that we would be charged if we chose to leave certain tariffs early).

Scottish Power failed to reveal its £51 exit fees in nine of the 12 calls, but in response to our findings it has told us that it’s updating its sales IT systems, and the new one will prompt the agent to highlight cancellation charges earlier in the call.

British Gas staff offered its cheapest tariff in ten of the 12 calls but offered wildly varying cashback deals alongside this tariff, ranging from £0 to £175. Offers varied significantly even within the same region – a caller from one London postcode was offered £125 cashback and another was offered nothing.

We were concerned that in one of the 12 calls made to Eon our caller was not offered the cheapest deal, apparently due to her age. This caller is in her 70s and was identified as such by her voice, but in all other respects she was in an identical situation to all other callers.

She was not given the option of the cheapest Save Online 9 tariff (costing less than £990 a year) and instead was only recommended Eon’s Age UK tariff which the salesperson told her would cost £1171 a year.

The Age UK tariff does come with specific benefits – including a £10.50 cold weather payment, £60 cashback after 12 months and three hours free heating (worth around 50p) for each day that the temperature drops below freezing – however even with these incorporated the Age UK tariff is still likely to work out more expensive.

When we asked Eon about this it agreed that she should have been given the option of the cheaper Save Online 9 tariff.

How to get the cheapest energy deal

Richard Lloyd says: ‘Which? is talking to the energy companies involved about sorting this out, and we hope they will do so quickly. This is one way the energy industry could start rebuilding trust among consumers.

‘Our advice to customers is that if you are going to switch, make sure you insist on being told the cheapest possible deal. Check for exit fees and ask about paying by direct debit or managing your account online as this will usually get you a discount.

‘Or compare all the available offers using an independent comparison website or phone line to get the best deal. Switching is actually much easier to do than you might think and can save you money.’