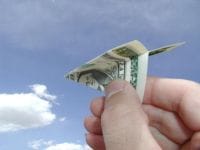 Over a quarter of a billion pounds in investment fund costs are being hidden from consumers, according to new research by Which? Money.

The fees that investment funds incur through trading of shares (known as portfolio turnover) is not included in the published annual charges, yet when Which? analysed the UK All Companies sector, home to funds investing in the UK, it found that trading costs amounted to £258m. Which? found that a high level of trading can sometimes double the annual costs of your investment funds.

In an investment fund, a manager buys and sells shares continuously to try and make a profit. Each time shares are traded, the fund manager has to pay commission and tax. The more a manager chops and changes the shares in their portfolio, the higher the costs they will incur. Of course, the hope is that these will be offset by the profit the manager makes from trading.

The extent to which a fund manager buys and sells shares in their fund is known as the portfolio turnover rate (PTR), and is calculated and expressed as a percentage. If a fund has a PTR of 200%, this means all the shares held by the fund at the start of the year have been sold and replaced by the end of the year (100% sold, plus 100% bought).

A high level of trading is more likely to occur in ‘actively managed’ investment funds, in which a professional fund manager actively chooses which shares to invest in, rather than a passive fund, which simply buys all or a proportion of the shares in a stock market index to track it.

What impact does portfolio turnover have on charges?

With the average annual charge for a fund (known as the total expense ratio, or TER) around 1.65%, our research suggests that the real cost of the average investment fund, including turnover, is actually 2% a year.

How does that affect my fund’s performance?

The impact of portfolio turnover on the annual charges you pay for your investment funds has never been published, only the rate itself. It is usually found in the Simplified Prospectus, a document that is provided to investors when they first put their money into a fund.

However, from July 2012 onwards, new European regulation coming in means funds will no longer be required to publish this figure. Investors won’t know what the turnover rate of their fund is, nor have any idea how much this impacts on the overall cost of their investment fund. We don’t think this is in the best interests of consumers.

Is high turnover a bad thing?

You would expect a higher level of turnover in an actively managed fund as that is the style of management – you are paying for your fund manager to make active decisions on your behalf.

Which? research found that some funds with a high turnover underperform their peers. The Marlborough UK Large Cap Growth fund has a PTR of 576% (which, by our calculations, would increase its TER from 1.51% to 3.41%), yet has underperformed FTSE All-Share Index by 7.2% in its last financial year.

However, others with high turnover did make up the extra cost in performance. The Neptune Mid Cap fund , which had a PTR of 532% (adding 1.75% to its annual cost) beat the FTSE All-Share by 5.5%.

However, most fund providers don’t publish historic PTRs, so it’s difficult to ascertain the long-term impact of a high turnover. If a manager trades a lot throughout the year but his bets don’t pay off, the risk is those extra trading costs won’t be offset by profit, having a negative impact on performance

How to cut the cost of investments

You can cut the cost of investment funds significantly. Tracker funds, which follow the performance of the stock market, can charge less than 0.3% a year, over five times less than some of the funds run by managers. You can learn more about the difference between these funds in our active vs. passive investment guide.

If you want to put your faith in a fund manager, investing through a discount broker can reduce charges. Through the likes of Alliance Trust or Cavendish Online, you pay no initial fees (typically 5% of your investment) and can cut around 0.5% from your annual fees. However, these should only be used by consumers who are confident enough to manage their own investments. Everyone else should seek independent financial advice before investing their money.