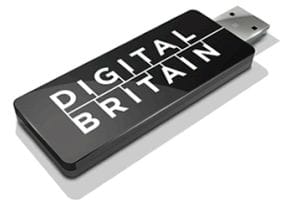 Ofcom has confirmed it expects the first file-sharing notification letters to be sent in late Spring 2013.

Ofcom told Which? that these timings are dependent on the code being approved by the government, so could be subject to change. The code is currently going through governmental processes.

The proposed actions are part of Ofcom’s duties under the Digital Economy Act 2010 in which it is charged with devising a regulatory code of practice aimed at reducing online copyright infringement.

The first draft of the code was published by Ofcom in May 2010 and was originally expected to go live in Spring 2011. It detailed how and when Internet Service Providers (ISPs) covered by the code will send notifications to their customers to inform them of allegations that their accounts have been used for copyright infringement.

It set out a three stage notification process for informing internet users of infringements through notification letters.

Mark McLaren, Principle Advocate at Which?, said: ‘We think it’s important that it’s made clear to consumers what an online copyright infringement letter from their ISP means, and what they will be required to do in response.

‘That’s why we want to make sure that consumers have access to free information and advice. The industry – whether that’s copyright owners or ISPs – can’t wash their hands of their responsibility. It’s also why we wrote to the Government in September 2011 to oppose their proposal to charge consumers £20 to appeal.’

Which? will be keeping a close eye on developments to ensure that consumers are protected.