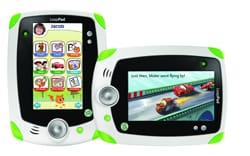 Industry experts have unveiled what they’re predicting to be 2011’s best-selling toys and gadgets – from a tablet computer for kids to a game involving a dog and ‘scooping the poop’.

The Toy Retailers Association’s (TRA) ‘Dream Toys list’ for 2011 features well-known names including Fireman Sam, Elmo and Star Wars, as well as a Lego set that costs more than £90, and a kid-friendly digital camera for £50.

Cheapest on the list is the Moshling Tree House, for £18.99 – a home for Moshi Monsters toys.

This year’s list was again themed around technology and interactivity that ‘enrich the whole experience of play’, according to the TRA. We got our hands on some of the gadgets that made the shortlist – watch our video, and find out more in our top toys for Christmas 2011 guide:

The prices quoted are the recommended retail prices – but we suspect you’ll be able to bag more of a bargain if you shop around. Take a look at which online shops came out on top of our recent satisfaction survey, the largest of its kind in the UK. 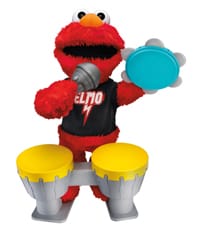 A musical Elmo also made the top toys list