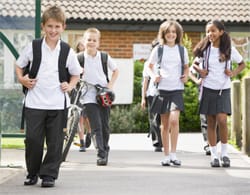 The e-petition calling for compulsory financial education to be placed on the national curriculum has hit 100,000 votes.

Over 100,000 people have signed an e-petition calling for compulsory financial education in schools, meaning it must now be considered for parliamentary debate in the House of Commons.

The e-petition, launched by MoneySavingExpert and supported by Which?, calls for compulsory financial education in schools.

The government has responded by saying: ‘The government agrees that young people should have access to good quality personal finance education, so that they leave school with the knowledge and confidence to manage their money effectively. Parents can also play a crucial role in helping young people to become financially aware in their day-to-day lives.

‘Schools already use Personal, Social, Health and Economic (PSHE) education as a framework within which to teach young people about personal financial management.

‘The existing PSHE programmes of study include elements aimed at ensuring that by the time they leave school pupils should be able to manage their money, understand and explain financial risk and reward, and identify how finance will play an important part in their lives and in achieving their aspirations. We are currently carrying out a review to determine how best to support schools to improve the quality of all PSHE teaching.’

The response gained a lukewarm reaction form MoneySavingExpert.com creator Martin Lewis. He says: ‘It’s slightly depressing to be greeted with such political waffle over the petition. The petition is about compulsory financial education. PSHE, which it mentions, isn’t compulsory, nor is personal finance a substantial part of this.’

Conservative MP Justin Tomlinson, head of the All Party Parliamentary Group (APPG) on Financial Education for Young People, has agreed to sponsor the petition. You can register your support for the e-petition before the closing date on Saturday the 12th of November.