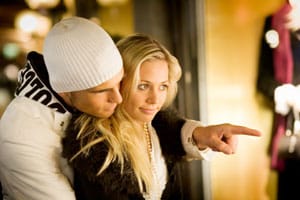 Not all shop staff are giving the correct advice about your rights when returning a faulty item.

Staff at high street electrical retailers are failing to tell shoppers of their consumer rights when questioned about faulty products, a Which? investigation has found.

Only 16 out of 60 shops managed to clearly inform undercover shoppers about their consumer rights when asked about a faulty fridge which had been bought from the store.

Which? investigators told staff in each shop that a fridge they had bought – and which was just out of warranty – had broken. Under the Sale of Goods Act, when buying a product it should be of satisfactory quality. If it develops a fault at a time in its life when this shouldn’t reasonably have happened, the shop could be responsible.

Which? sent undercover shoppers to test staff knowledge at Argos, Comet, Currys, John Lewis and independent outlets. The recordings of the visits were then given to a lawyer from the Which? Legal Service team who rated only nine of the 60 visits as ‘good’ or ‘excellent’ – where shoppers were given an unprompted explanation of when the shop was and wasn’t responsible. And 25 visits were rated ‘very poor’ – where staff denied shoppers had any rights at all.

Which? members can read the full results of our shop floor knowledge investigation. If you’re not a member you can sign up for a trial for £1.

Even when staff did say the shoppers might have rights, sometimes the explanations of those rights were baffling: ‘It’s the European thing’; ‘It’s on a sliding scale’; ‘You get five years under trading standards’ were just some of the responses.

Each shop had 12 visits which were then rated. Comet had seven visits rated ‘fair’ or above; Currys had four, Argos had two and the independent outlets had just one.

John Lewis was tested in a slightly different way because it gives a two-year guarantee as standard on fridges. Which? therefore asked about an older 25-month-old fridge. While a 25-month-old fridge is more likely not to be of satisfactory quality than a 13-month-old one, it’s still the case that most fridges don’t fail at 25 months. You’d still be covered under the Sale of Goods Act if the fault was one that shouldn’t ordinarily occur at that point – such as a poor quality component or manufacturing problem. John Lewis had two visits rated as ‘fair’ or above.

Argos told Which? it was disappointed by the results. It added: ‘We have two levels of training with more in-depth training available for senior colleagues. We will review our training and look to ensure consistent knowledge.’

Comet was pleased that the majority of its employees performed well, but was disappointed that in some cases staff didn’t reach ‘high standards’. It said: ‘All customer facing employees undertake rigorous and continuous Sale of Goods Act training.’

Currys told Which?: ‘We are extremely disappointed this doesn’t reflect our work to focus the business on customers. All our store staff receive comprehensive training about the Sale of Goods Act. They also have access to an intranet with detailed guidance.’

John Lewis said: ‘The Act doesn’t say retailers should inform consumers of their rights and it also says after six months the consumer has to prove the cause of the fault. Staff are trained to deal with such cases with customers’ best interests at the fore. We are disappointed as we failed to live up to our high standards in some cases.’