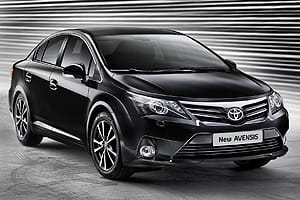 Toyota has announced upgrades to its Touch and Go multimedia system, which will debut in the new Avensis saloon in January 2012.

The Touch and Go system, which will be standard on all Avensis trim levels except the entry level T2, uses a 6.1-inch touchscreen to operate various functions. These include Europe-wide satellite navigation, Bluetooth connectivity with SMS send/receive function and a rear-view camera to help with parking. The system also allows the driver to consult Google Local Search (if you have a compatible mobile phone) and stream music from an iPod or other personal music player.

Touch and Go Plus option

Buyers will also be able to specify a new optional Touch and Go Plus system, available on all but the top-of-the-range T-Spirit trim level. Added features include advanced voice recognition, enhanced mapping with 3D city modelling and a traffic patterns database for the route guidance software. A new ‘search and play’ music function will allow drivers easier access to their favourite music. Toyota will also throw in three years of map and software updates for free.

Business users may find the Touch and Go Plus system particularly useful, as e-mail and calendar integration have been built in, meaning drivers can stay connected to the office whilst on the move.

The Avensis will feature a new diesel engine designed to appeal to company car users. The new low-emissions 2.0-litre D-4D diesel, due in 2012, has a CO2 output of 119g/km. Private users will also benefit from car tax of just £30 a year.

The new Toyota Avensis will be available to order from December, with the first customer cars being delivered in January 2012.