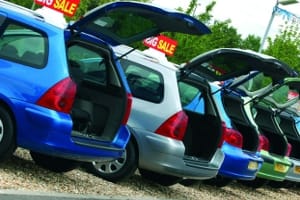 Complaints about used cars top the list of grievances from UK consumers, according new figures from the OFT. Over 56,000 consumers complained about second-hand car dealers in the first nine months of 2011 – more than any other type of trader.

The number of complaints about used car dealers exceeded those about home maintenance and improvements (48,000), furniture (36,000) and telecommunications (35,000).

Consumers £85 million out of pocket

According to figures published by the OFT, in 2010 consumers were left out of pocket by an average of £425 each, or £85 million per year, because they had to fix unresolved faults that dealers had refused to correct.

Michele Shambrook of the OFT’s consumer arm, Consumer Direct, said: ‘We continue to receive a high number of complaints, which are often due to some traders refusing to deal with legitimate complaints or provide appropriate compensation. Dealers who fail to treat customers fairly or sell cars that are defective could face enforcement action.’