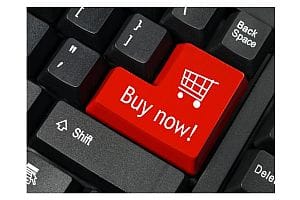 New Which? research shows that the British public are keen internet shoppers – but many are reluctant to use overseas websites in case something goes wrong.

In an online survey of 1,272 members of the British public, Which? found that 83% had shopped online in the last six months and 89% had done so in the last two years.

Price is the key consideration when deciding which website to use, with 45% of online shoppers saying that it is the most important factor.

Yet the survey revealed that 50% of online shoppers would rather use a British website even if the product was cheaper from an EU one.

As well as wanting to support UK companies, the top reason given for this was that shoppers were worried that it would be difficult to get an exchange or a refund if something went wrong.

A recent change to the law means that British consumers now have the same rights within the EU as they would if buying in the UK.

But, as yet, there is no alternative dispute resolution service to help consumers who have difficulty in obtaining a refund or to help if something goes wrong.

The European Commission’s proposal for a Consumer Rights Directive (CRD), which was agreed in November, will be introduced in 2013.

The CRD gives consumers a 14-day cooling-off period across the EU when buying online, but it doesn’t address the difficulty of getting a refund.

Which? lawyer Chris Warner said: ‘The European Commission should now focus on the introduction of a simple and effective EU-wide dispute resolution service if it wants to encourage more cross-border trade.’

To find out what protections are in place if things go wrong when shopping online read our guide to online shopping rights.